This article deals with the opposition of Randolph Bourne to the intervention of the United States in the First World War. During the war years, Bourne was a young intellectual and journalist. He wrote on «The New Republic», the most prominent progressive journal of that period; and was deeply influenced by John Dewey's thought about democracy and education. In 1917, when the government of the United Stated chaired by Woodrow Wilson waged war against Germany and the Austrian Empire, the editors of «The New Republic» and Dewey supported enthusiastically the decision. They adopted such a position because they believed that defeating the German authoritarian State would clear the way for a peaceful and democratic international order. Bourne, however, was firmly convinced that the preparation of the country for the war, and the war itself would have brought down democracy, pluralism and civilization in the United States. Moreover, Bourne suggested that war might not be used to get progressive aims because it set its objective by itself and didn't stand ready to listen what intellectuals think it should seek. Bourne thought that the intellectuals' duty was not arguing about what the American army should fight for, it was to keep alive the values of civilization even, and especially, in times of barbarism and violence. 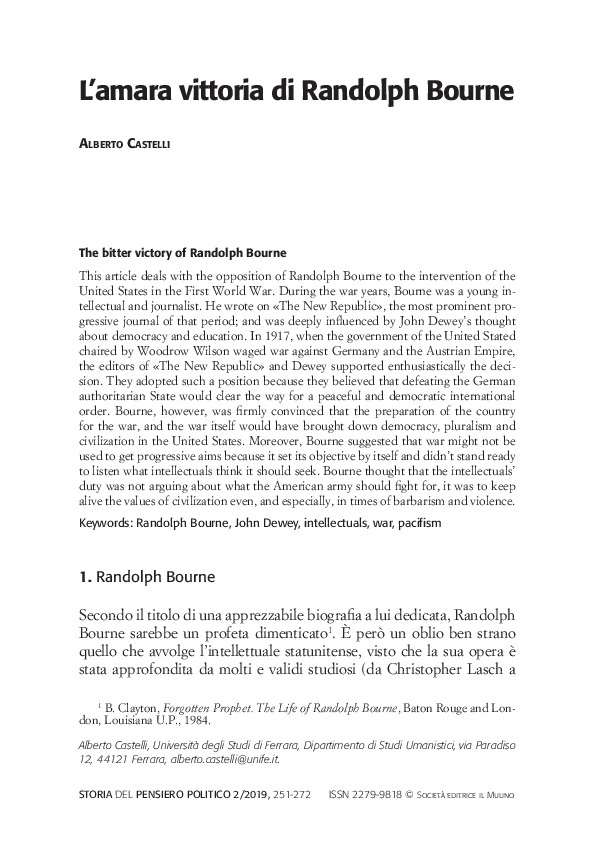