naive idea of the medieval commune as a republican and democratic institution. The importance of the communal period in the «national histories» of the second half of the 19th century cannot be denied: however, its historical and political interpretation appears far more contradictory. By examining the alternate vicissitudes of «democracy » in the main studies devoted to the commune, it is possible to identify all contradictions which have always characterized the analysis of the communal period in the late 19th-century Italian culture. In particular, two different meanings of the term coexisted and then overlapped: democracy as regime and democracy as «social class» (popular, low social status workers). This led to a gradual, but relentless negative interpretation of the commune as an incomplete experiment, bound to fail precisely when it aimed to become «democratic». 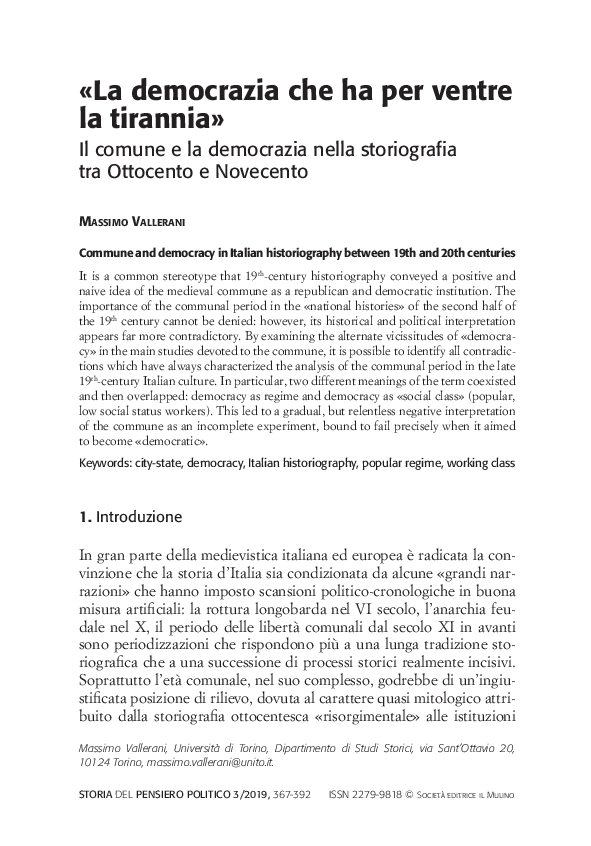