In recent years, a new line of studies, which the Author refers to as «thanatological», has added to the literature on democracy, and starting from 2017, a series of publications have come out that see the death of liberal democracy as a credible scenario, explicitly mentioning it in the title (or subtitle). This is also true of countries where this political system can be said to be deeply rooted, or appears to be consolidated. The aim of the essay is to reconstruct the arguments of the main exponents of this new line of studies (Levitsky, Ziblatt, Mounk, Runciman, Bartlett, and Di Gregorio), comparing and discussing the diagnoses and «cures» they have proposed, as well as evaluating their distance/proximity in relation to previous literature on the «crisis of democracy». 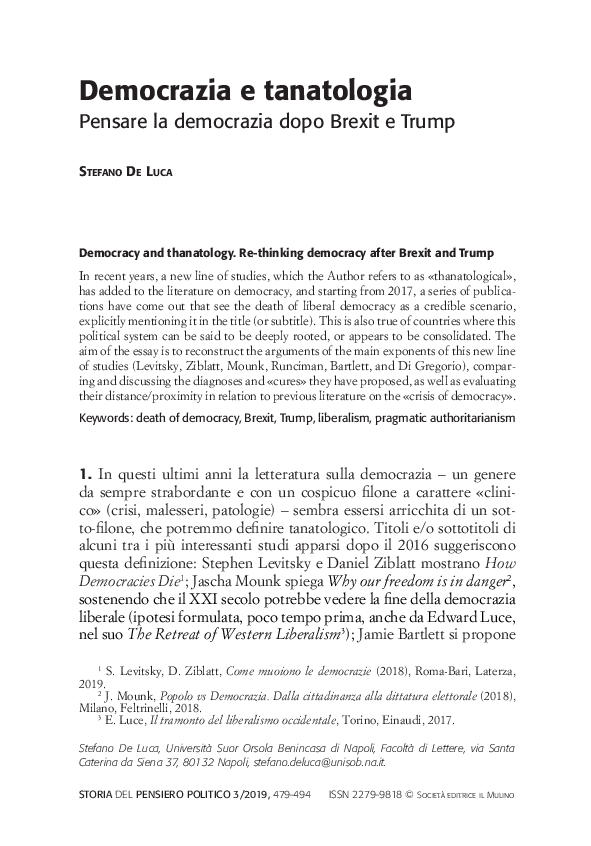