The cities of Northern and Central Italy, where political autonomy flourished between 12th and14th century, were also the main centers of Roman law-centered legal culture; as a consequence, experts in civil law came to rethinking city statutes (the main expression of self-government) within such a frame, as customary law, which was normative because based on the consent provided by the community. Thus, the theme of consent was a main issue, understood as political participation, since the members of the community took active part in its political life and self-government. The question lied rather in the forms and most of all the extent of such participation. Different trends emerged, between mid 13th and mid 14th century, according to various political feelings and institutional solutions, manifesting the close link between lawyers, legal culture and practice, and politics. 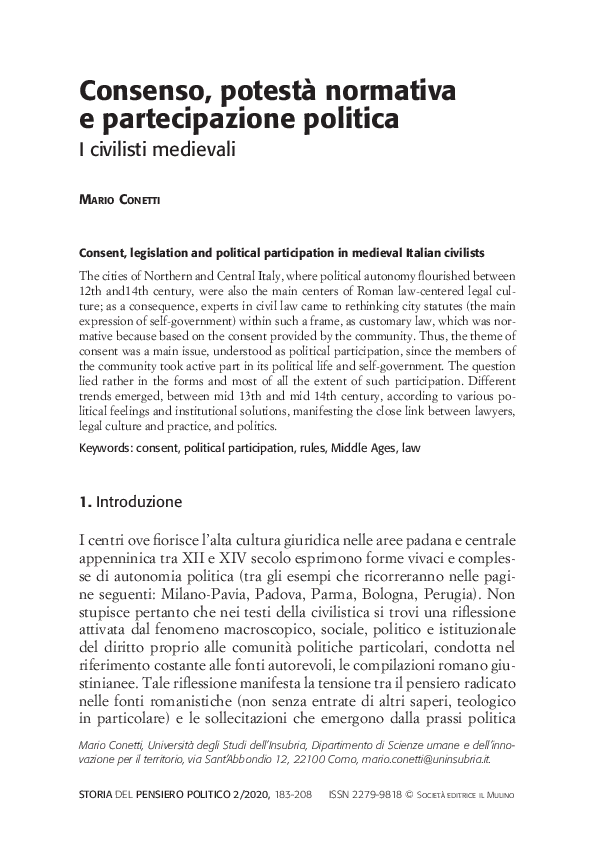