Hugo Grotius (1583-1645) developed some of his ideas on property, trade, sovereignty, just war and alliance-making in the context of the Dutch East India Company’s negotiations with the Sultanate of Johor in Malacca. By the end of the seventeenth century, Grotius’s natural law and international law doctrines were transmitted to North American colonies, where they merged with English common law to justify the occupation and exploitation of American Indian territories and to settle international disputes with rival powers. Through the investigation of how Grotius’ concepts and doctrines linked early modern Dutch colonial discourse and practice to the English colonization of North America, this article aims to contribute to our understanding of the relationship between natural rights, globalization and the creation and functioning of empires 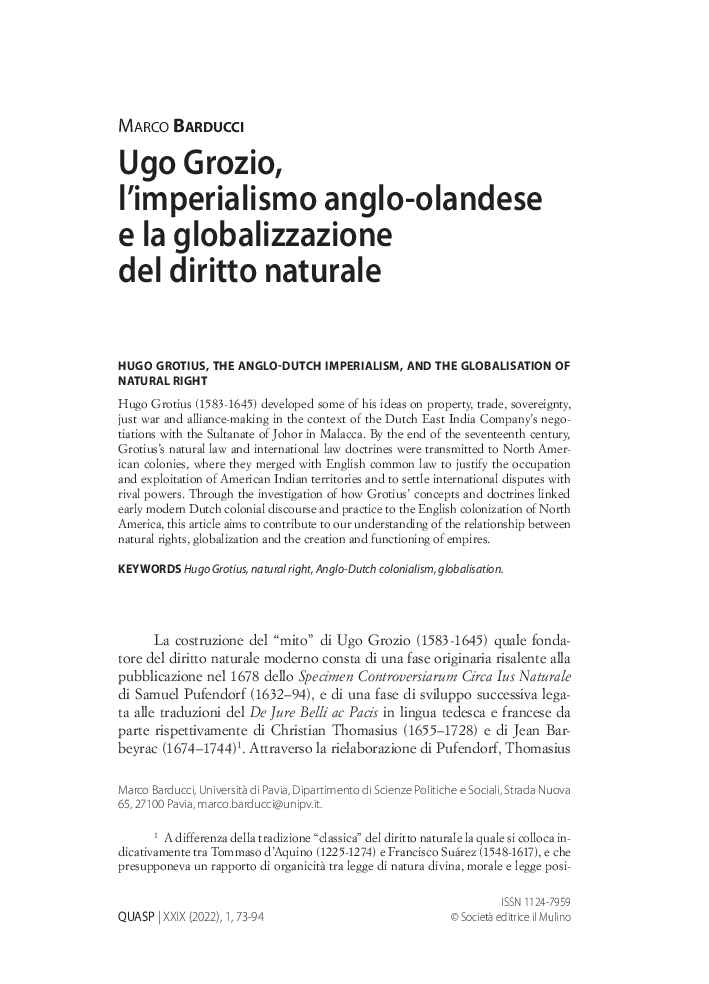