This article analyzes Iran’s conflict behavior from 1979 to 2012. The method used is a combination of dyad analysis, typical of quantitative studies of conflicts, and the analysis of unit-level variables, which is distinctive of foreign policy analysis. The article investigates whether and to what extent international factors, such as changes in relative power and the presence of alliances, and domestic factors, such as vulnerability, cohesion, and attitudes of the regime, can explain Iran’s behavior in the international arena. A large-N analysis is carried out through a series of multilevel bivariate and multivariate logistic regression models to measure the individual and joint impact of international and domestic factors. The results of the analysis show that, while international factors do play a role, Iran’s conflict behavior is strongly affected by changes in the stability and attitude of the political elite. These findings contribute to the literature on Iranian foreign policy and, more generally, to the scholarship on International Relations 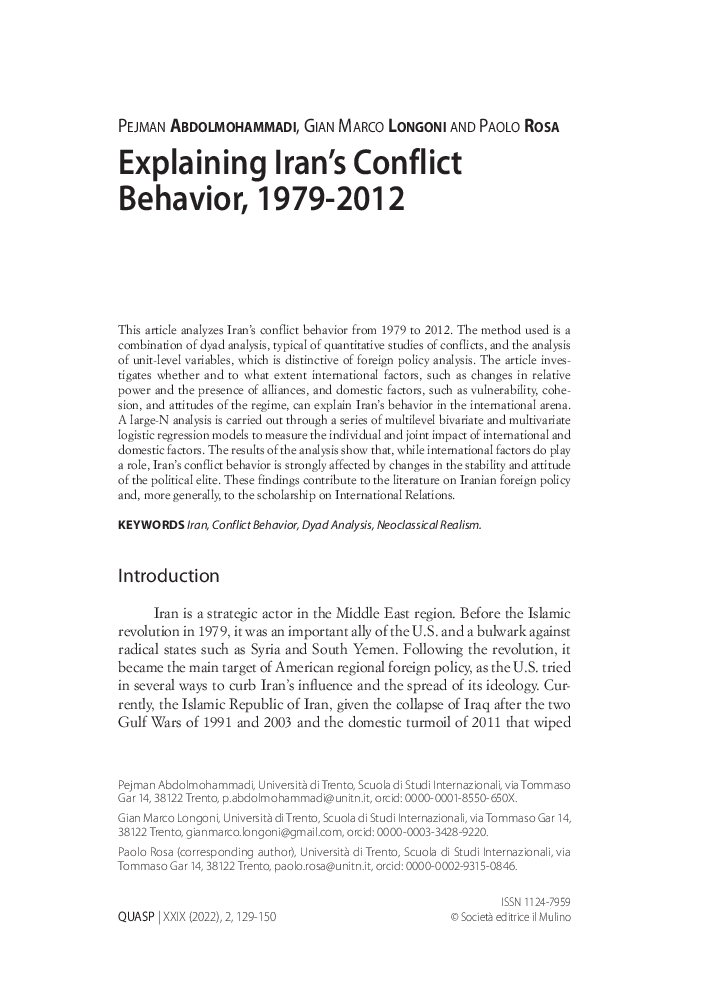