The article explores the relationship between popular protests and political change since 2000, with the aim of explaining under which conditions those protests brought to a democratic transition. Significant popular protests occurred in 2003/4 in some Eastern European countries (Georgia and Ukraine); then, in the early 2010s, in some North African and Middle Eastern states (Tunisia and Egypt) during the Arab Spring; finally, in the late 2010s also in Latin America against both populist (Bolivia) and liberal governments. In the late 2010s, other protests have occurred in some Eastern European (Armenia), North African (Sudan), and Middle Eastern countries. Way has explained when and why protests have been successful, arguing that it is due to the influence of internal factors (like the low organizational strength of governments in power). For example, Venezuelan and Iranian regimes repressed popular protests and resisted change. Instead, the variable that has played a bigger role in influencing the democratization process (of Tunisia) is the international one. In the six countries without a democratic outcome (Georgia, Ukraine, Armenia, Egypt, Sudan and Bolivia), external autocracy promotion has been disadvantageous to democracy. Instead, Tunisia has been immune to any external pressure, and a democratic transition materialized in that country. 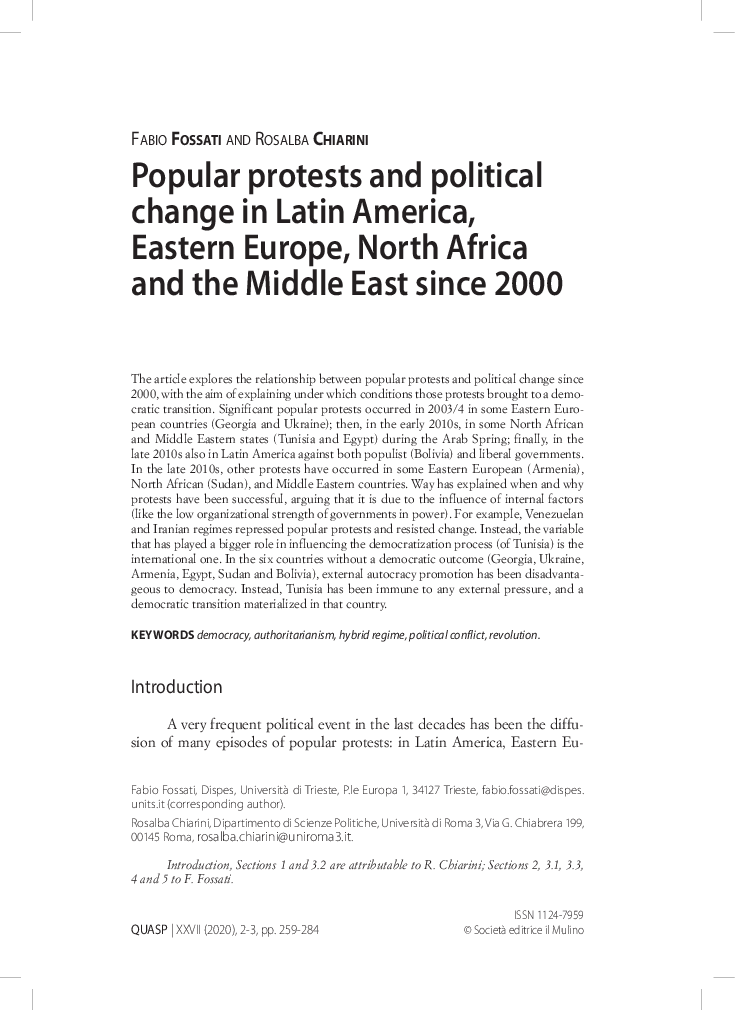