The digital disruption is challenging the personal party, a model based on the prominent role of the party leader. For one, platform politics becomes the core of the so-called digital party, a new organizational structure independent from – if not antagonistic to – personal leaderships. However, the rapid expansion of direct relationships between leaders and their followers through social media platforms is further enhancing the leader’s prominence versus the party organization. This paper presents a matrix-based typology of the digitalization of political parties and defines a personal and charismatic leadership emerging in the web environment. Relying onan improved organizational structure, in terms of professionalization, tools and resources, the platform-leader leverages digital platforms – even in a controversial and unconventional way – to spread his or her messages and, in the end, galvanize grassroots support. This is the case for Matteo Salvini’s use of social media to set the political agenda, as well as for Jair Bolsonaro and Narendra Modi’s use of instant messaging technologies to promote disinformation. It is, however, the rise of Donald Trump that takes platform leadership to a higher level, while at the same time compromising its survival. 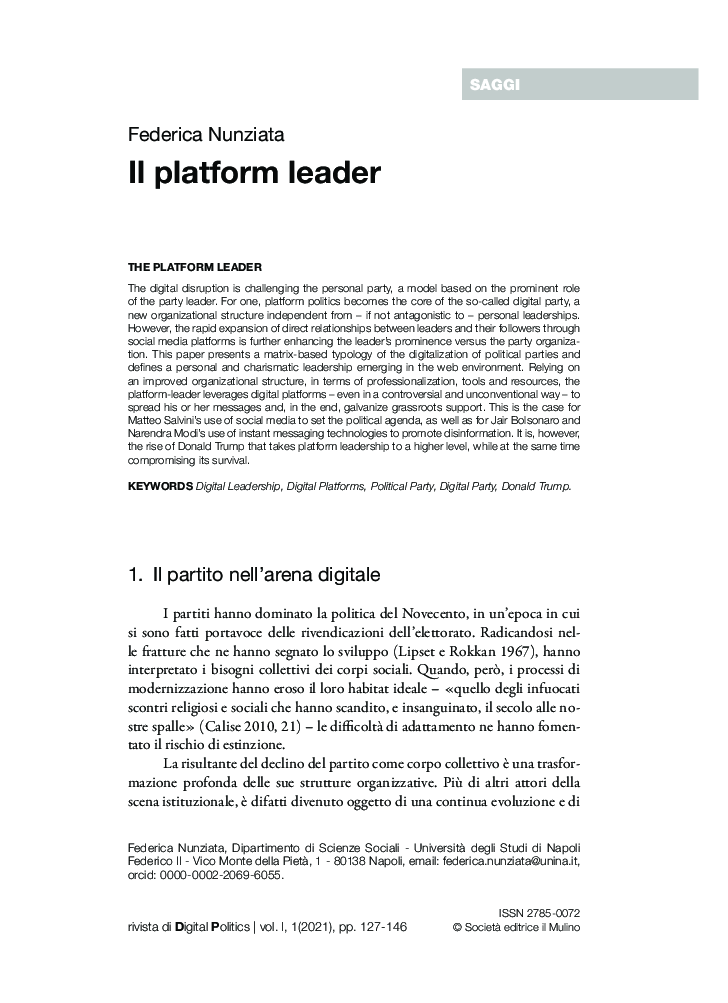