Political parties are by far the most adaptive of all political institutions. Over more than two centuries of democratic life, their organizational structure has changed several times, from elitist factions to mass political machines, eventually evolving into a symbiotic relationship with state administration, and functions. However, through all these changes, they have retained their original technological asset: the strength and the leverage of a human network. The impact of Ict is modifying this genetic feature. First radio and television, then social media, have all forced political parties to re-engineer their inner structure. A disruptive innovation whose outcome is hard to envisage, let alone control. 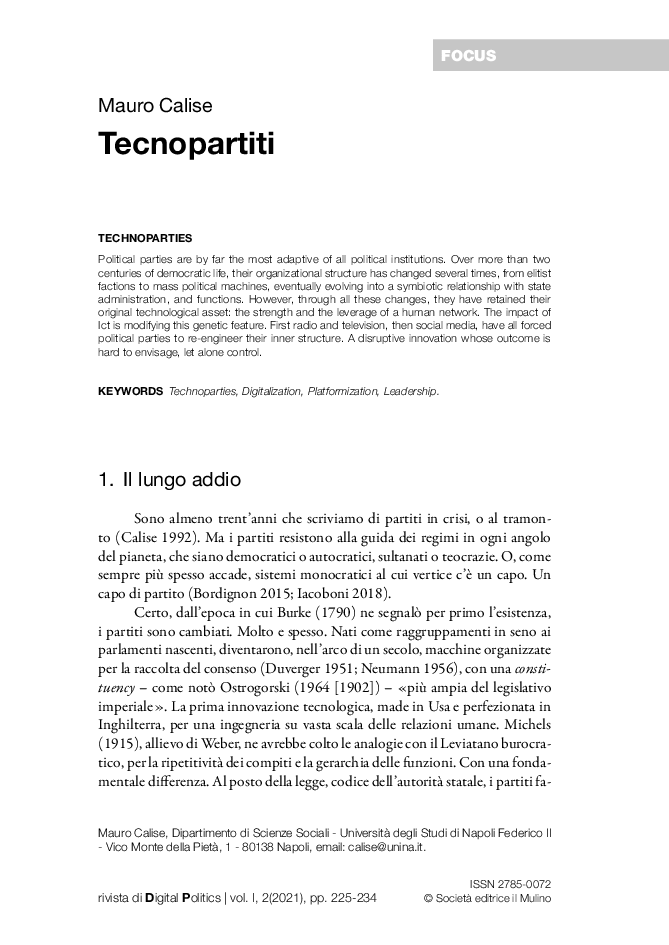