The Corona pandemic has recently given the virus topical significance, but viruses and virality have been among the central concepts of a manipulative fusion of nature and technology in contemporary Western culture at least since the post-war modern era. As a synonym for change and an evolutionary «all-rounder», the virus is presented in the context of the technological preconditions for the storage and transformation of cultural information. If viruses did not exist, they would have had to be invented. The virus, which in contrast to bacteria has only been studied in detail in the late 1920s, must reprogram foreign cells as an obligatory parasite in such a way that mass reproduction of the virus itself takes place in the host body. Mutation and recombination are the most significant criteria of the viral. All important discourses of the 20th century come together in the «principle of virus». However, with virality, the so called «going viral» of information in mass culture, something arises that can by no means be spoken of as a familiar biologistic metaphor, but which testifies to a new communicative phenomenon of the 21st century, rapidly accelerated by digital reproduction technology. The cultural virology proposed here provides a broad overview of the virus as a figure of thought for interaction, transmission, interdisciplinarity, connectivity and interdependence in the 20th and 21st centuries. Regarding artistic, pop cultural and philosophic viral potentials» one must ask to review the contemporary pandemic mood: could it be possible to imagine the virus as a principle of freedom and transformation? 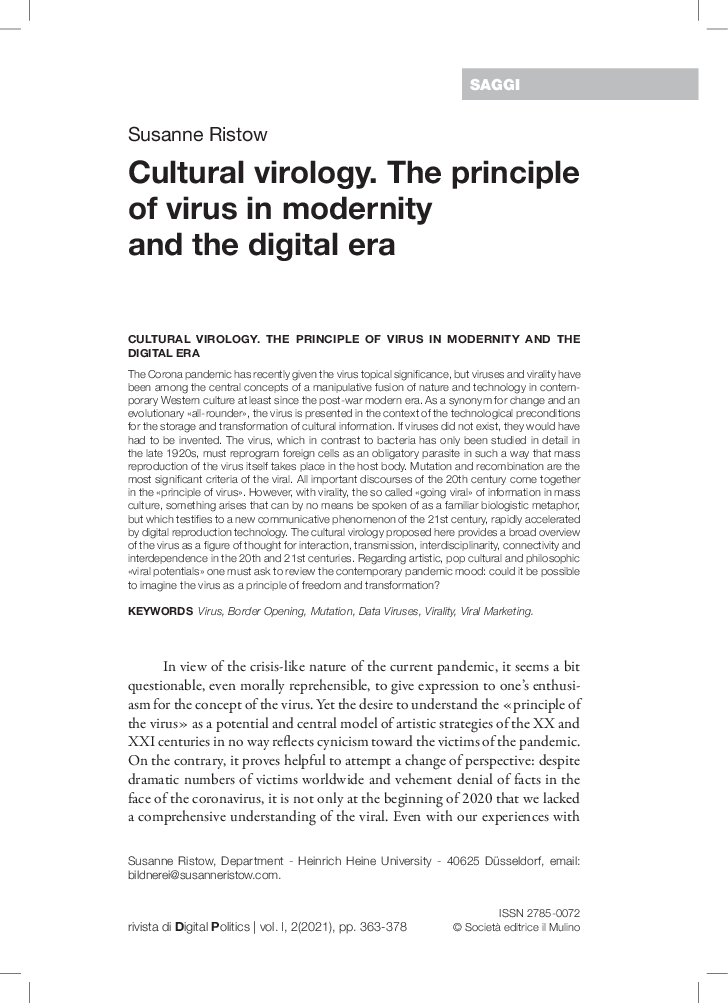