The contemporary meta-polis, at the core of this article, is regarded both as the global conurbation made of different networks of cities, and as a network-city between global cities and megacities in constant expansion. Most important, in the meta-polis the global and the urban co-exist, whereas the urban is the dominant factor. The city is physically and symbolically produced; the artificial is anchored to the physical, as well as to flows of energy, matter and living beings. At the same time, it makes the virtual expand, as this works as a layer of experience, language and project. Given its virulence and semiotic power, the virtual penetrates all layers, transform and power them, as it becomes the dominant mode which everything depends upon. In such a perspective, the physical and political city becomes cognitive, reflexive and may be experienced just as virtual, as something which is to be thought in order to exist. As an unlimited power, urbanization has no more borders, losing the strategic feature of the traditional city. In such an expansive movement, aporias arise corresponding to voids, lacks and even antibodies, in a frame of radical disorder. In such a perspective, the author wonders what kind of orderings may arise, no more just spatial, but also virtual. 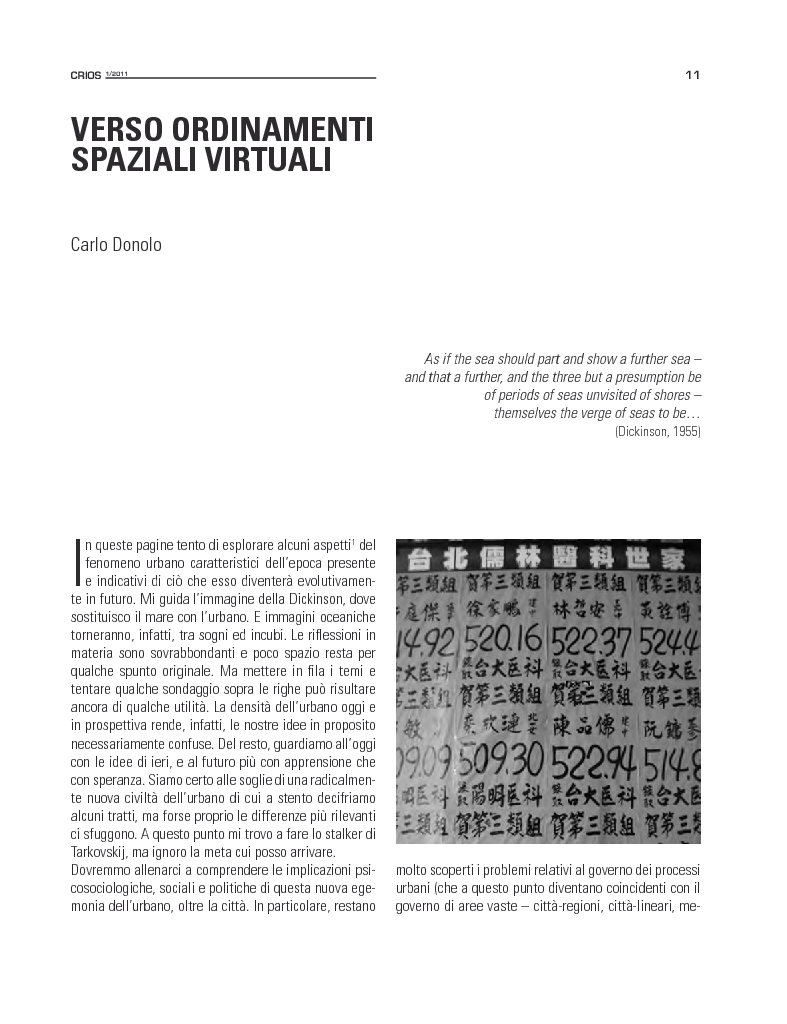