Recent historiography has shown how eighteenth-century popular narratives about famous trials had a significant impact on people’s lives and political engagements, by appealing to their faculties both of reason and emotion. Rather, the theatre of the courtroom became all the more conspicuously mediated by competing modes of communication throughout Europe. These modes of communication thrust the public into a new socio-political reality in which the repressive apparatus of the State produced controversial outcomes, and criminals’ guilt and innocence was now open for debate. Scholars therefore always need to bear in mind that the media shaped perceptions about criminal actions and behaviours in terms of literary conventions, whether those perceptions originally derived from established powers, cultural industries and sociable spaces, or the participatory impulses of the public. 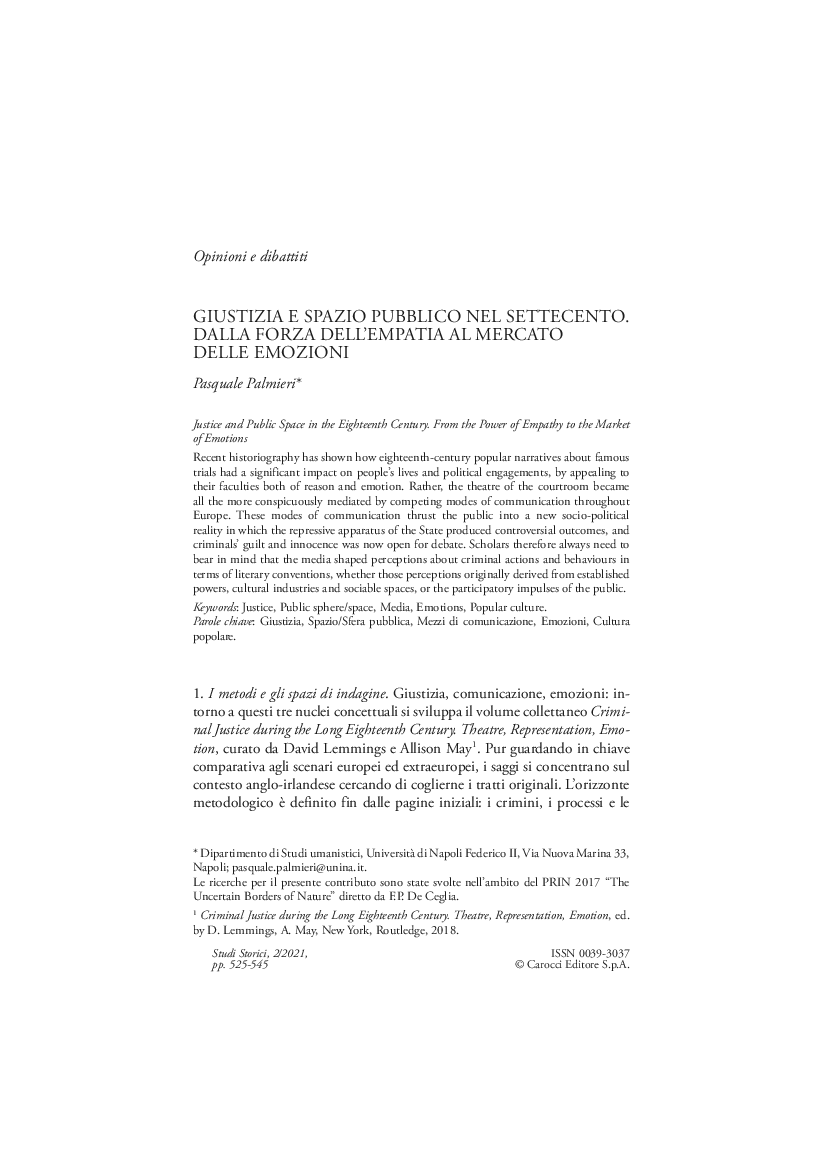