This essay focuses on the difficulties in dealing with historical events connected to the socalled Israeli-Palestinian question. The analysis is inspired by the observation that, at the level of common language, both in information and in political speech, the term “diasporaµ is rarely chosen to indicate the dispersal of Palestinians in the world, in favour of more general terms such as “refugeesµ and the like, that lack the same semantic relevance and the same political weight. Although Palestinians living outside the borders of Palestine today represent the largest diasporic group in the world, the term “diasporaµ is rarely used, or is used with great caution, most likely due to the difficulty of rebuilding events upon which the founding myth of Israel is based. Starting from this initial consideration, the essay aims to highlight when, how and why the Palestinian diaspora has become one of the most important examples in contemporary history. 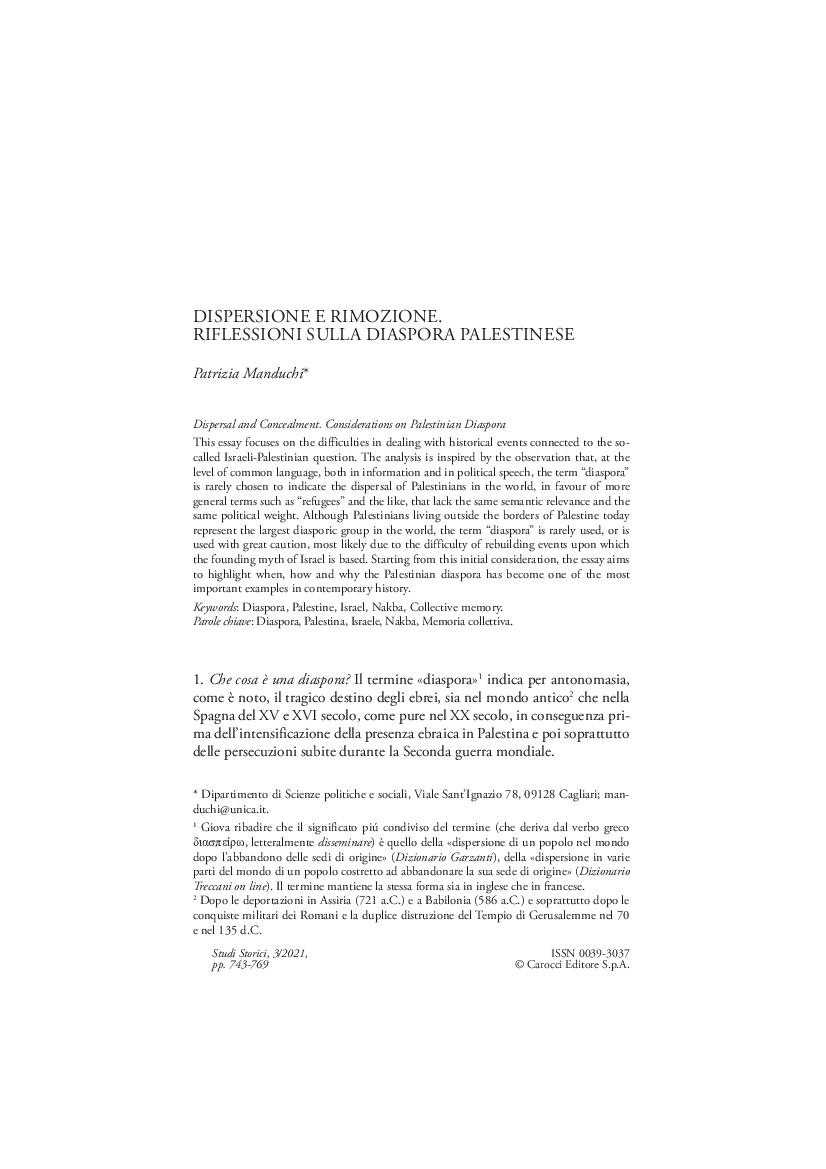