Between 1974 and 1976, Ugo Baduel, then the political notist of Communist Party secretary Enrico Berlinguer, wrote a book to explore the personality of Mariano Rumor and the political and cultural roots of one of the main currents in the Christian Democratic Party, the Dorotei. Baduel was commissioned to write the book by the publishing house Feltrinelli, which afterwards never sent it to press. The essay aims to analyse the general characteristics of Baduel’s work, attempting to grasp the political and personal reasons for the author's particular interpretative approach. Baduel tries to show how, in Rumor’s personality and attitude, an “anima doroteaµ may be found before the current was officially born. 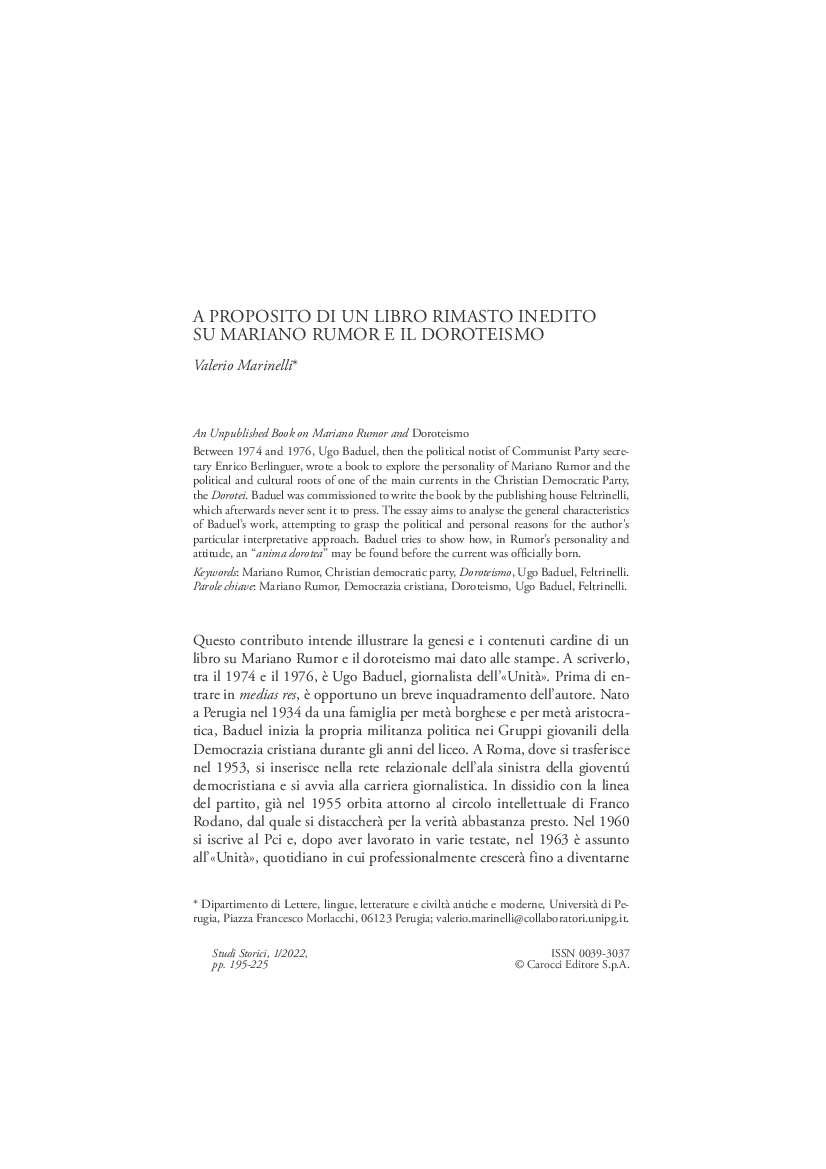