The article deals with the historiographical development of research on war crimes committed by the Central Powers during World War I. It addresses research shortfalls and historians' disputes, conceiving a phenomenology of war atrocities, based on which various research desiderata are described. The article argues that research on the atrocities of the First World War should be more informed by interdisciplinary concepts and, above all, more comparative. The emergence and concrete forms of atrocities outlined are thus, to varying degrees, influenced by several factors, which are described as situation-immanent, organization-immanent, experience-immanent, and disposition-immanent 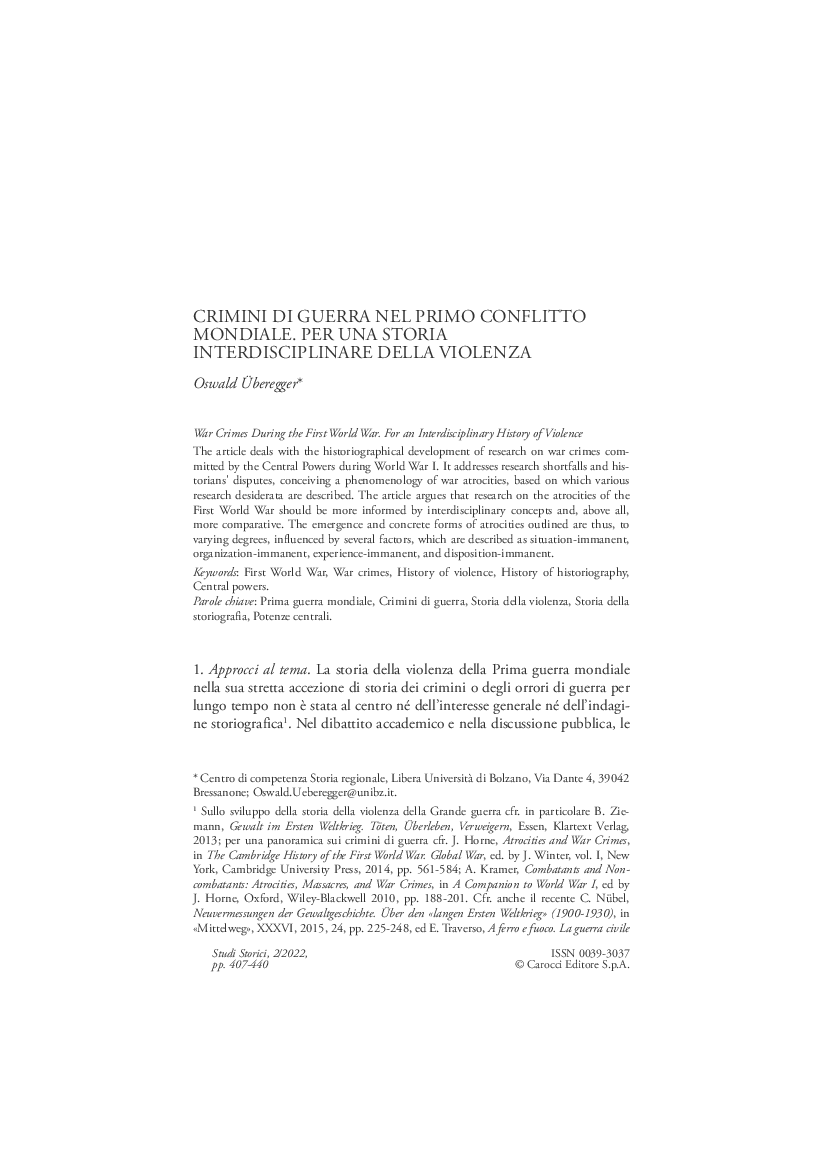