Within the heterogeneous milieu of Italian anarcho-individualism, Renzo Novatore (the best known of the noms de plume used by Abele Ricieri Ferrari) played a leading role, both for the radicality of his theoretical polemics and for the coherent praxis adopted in his personal life – which brought him to a violent death. His short life was characterised by continuous clashes with the authorities, and by lively activity as a political writer: until his death, he contributed articles and comments to various anarchist journals. This essay focuses mainly on the sources and on theoretical developments of his peculiar nihilism, his conflicting relationships with other anarchists, and his explicit resorting to violence as a consequent political methodology. 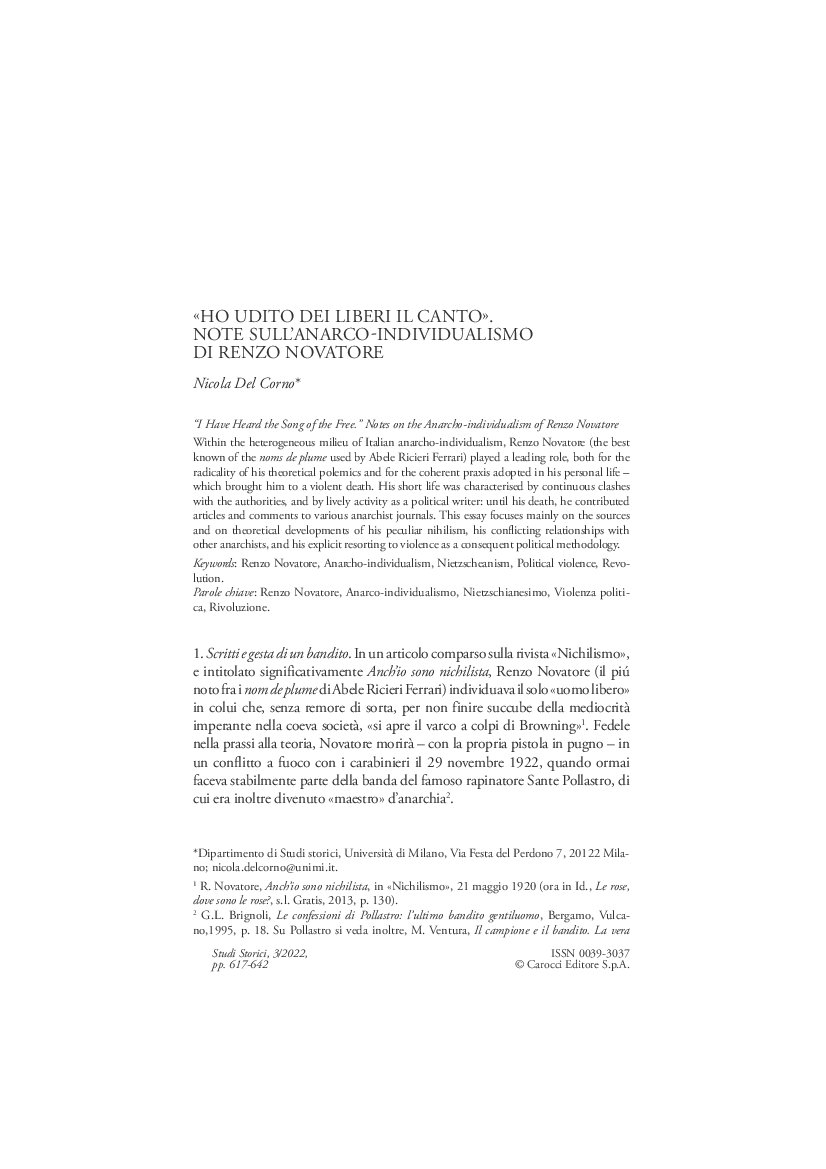