This article investigates the trajectory of Italy’s health policies since the 1980s, highlighting the contradictory dynamics between the universalist and public approach of the reform that created Italy’s National Health Service in 1978, and the subsequent policies that aimed to scale down public services. The international context of the 1980s was marked by the rise of a selective approach to health, in sharp contrast with the original spirit of the reform. Italy’s policies were characterised by difficulties in implementing the reform – in terms of planning, budgets, and organisational models – and by interventions in the 1980s and 1990s that aimed to introduce a managerial approach, stronger budget constraints, and greater regional authority, as well as to open up space for market services. The Italian experience shows unique traits that can be traced back to the historical evolution of its welfare state and to the country's social, economic, and political dynamics, leading to a puzzling mismatch between the drive to implement one of the most advanced health reforms in Europe and the pressure to retrench and recalibrate health and welfare policies 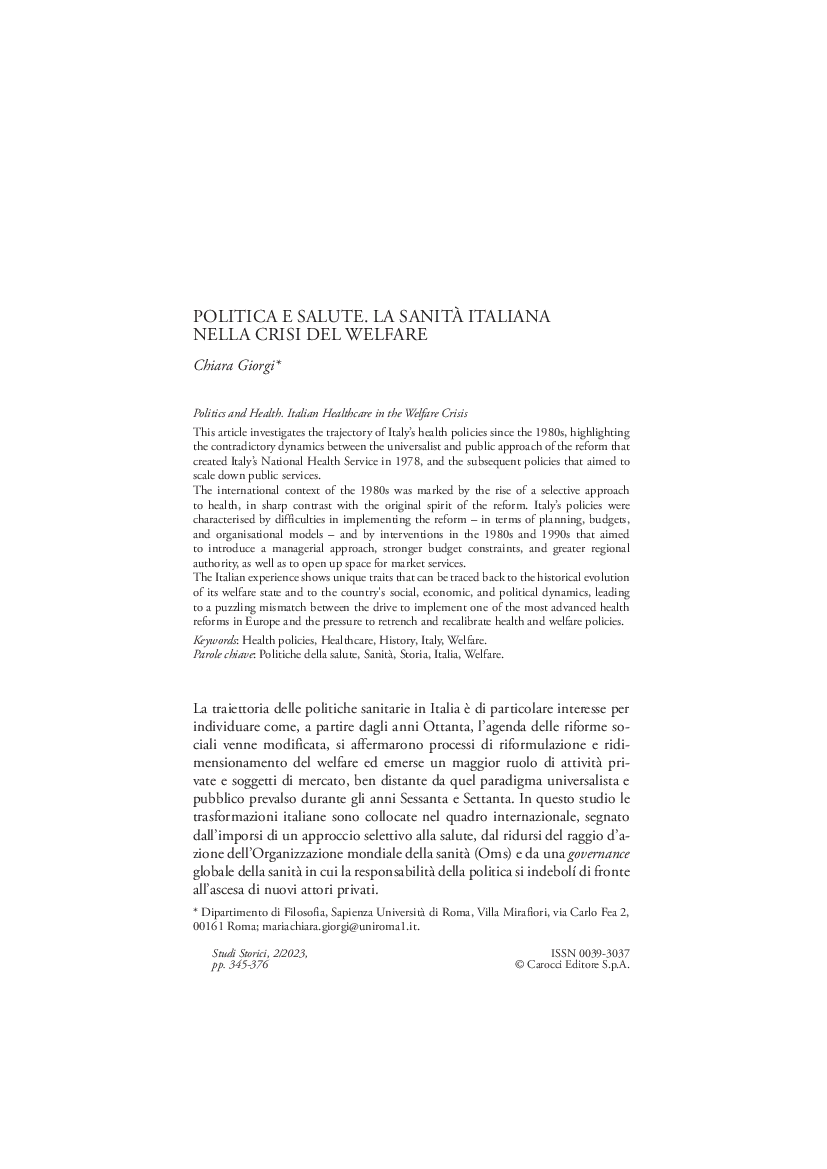