How and why, in the twelfth century, did the city communities and rural lordships of the Regnum Italiae levy the ripatico, a public tax on ports? According to a traditional reading, it was the replacement of the kingdom by new local subjects after the crisis of the late eleventh century. Based on the analysis of the Pisan case and starting from historiographic reflection on the political integration between local elites and public powers, this essay sheds new light on the negotiating logic underlying the possibility of new subjects exercising public rights. This explanation reshapes the idea that there was an evolutionary line in the relationship between local communities and public powers and, in an organic vision, integrates persisting elements and moments of acceleration 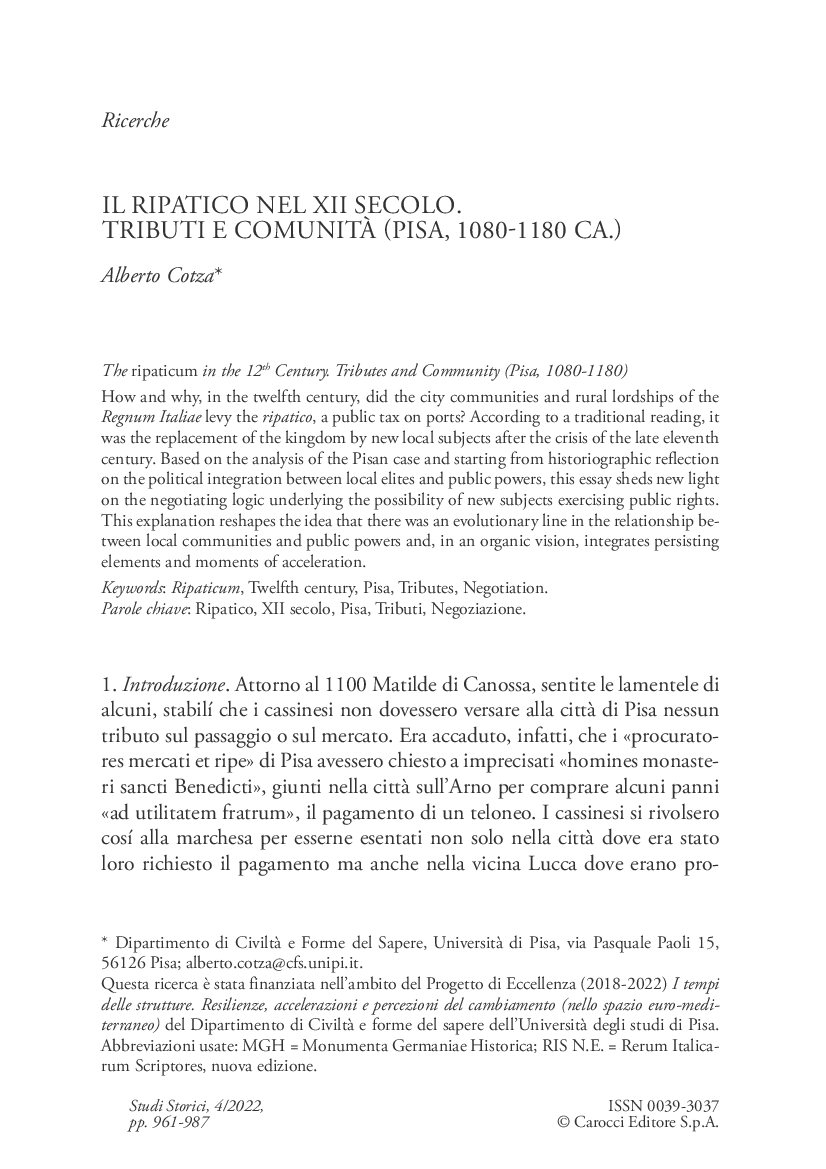