Felice Platone provided a first still incomplete and thematic edition of the manuscripts written by Gramsci during his years of imprisonment. A few years later, Valentino Gerratana published a complete edition of these manuscripts in chronological order, although he did not include Gramsci's translations from German, Russian and English. From L'officina gramsciana on, Gianni Francioni took charge of such philological restoration, continuing and amending Gerratana's work. Francioni established new criteria on which the complete critical edition of Prison Notebooks was then based as part of the National Edition of Gramsci's works. The first volume was published in 2007 and included Notebooks of translations, a pivotal text when considered in its intertwining with Gramsci's theoretical notebooks. The second and third volumes, currently in progress, are devoted respectively to miscellaneous and monographic notebooks, ordered following a new chronology of composition established by Francioni and added to this article as an appendix. 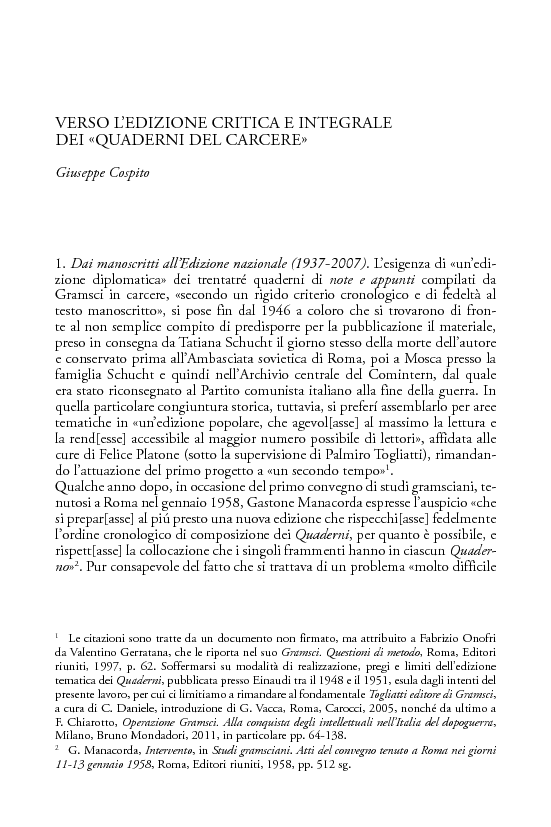