Studies of republican ideas in early modern Europe have transformed republicanism into a historiographical category in which its contents and contexts are not always clear. In general, scholars of republicanism tend to emphasize continuities over changes. Thus, from Machiavelli to the American Revolution, the common characteristics rather than the differences between Venice and Holland or between England and the United States come to the fore. After reviewing a number of historiographical contributions on this theme, this article examines republican ideas in eighteenth-century Italy, in particular those of one of the most significant thinkers of the Enlightenment and reform in southern Italy, Giuseppe Maria Galanti. In his historical and geographic writings, there emerges a clear reference to the republican model of pre-Roman Italy and not to that of early modern Italy. Genoa, Venice, and Lucca were for him examples of closed aristocracies and institutional weakness. Likewise, he would have considered the democratic republicanism of the revolutionary period with equal hostility. 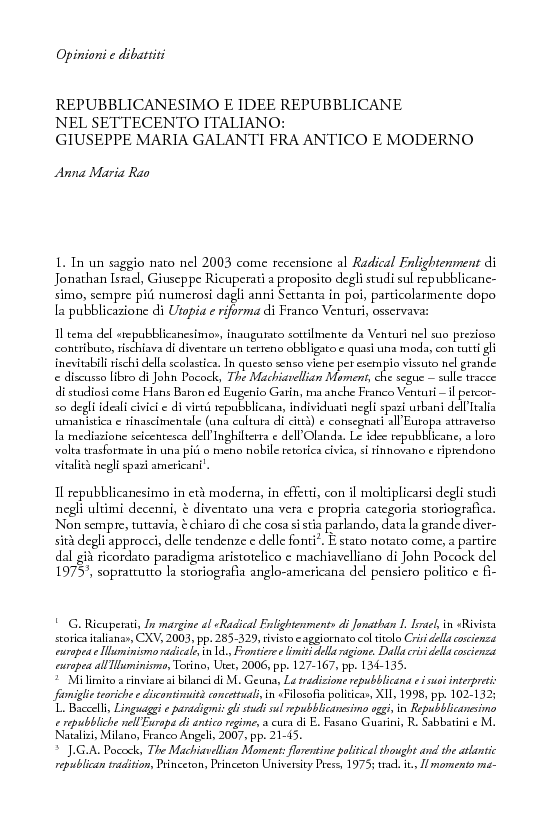