This article examines the concentration camps for Jews opened up by decree no. 5 of 30 November 1943 issued by the Italian Social Republic's Interior minister, Guido Buffarini Guidi. Under this measure, the republican government entrusted the peripheral authorities of the Ministry of the Interior, prefectures and police headquarters with the task of arresting and interning all the Jews present in Italy. The implementation of the orders was influenced by the war background of the years 1943-1945, and specifically by the German occupation of Italy, which followed the armistice of 8 September 1943. Although the German authorities kept the RSI under tight control, the local authorities of Salò seemed to maintain a certain degree of autonomy and initiative in enforcing the anti-Jewish measures decided upon by the government. Concentration camps played a key role in that setting. Focusing on these camps, this article examines the «Jewish question» in the RSI, with a view to gaining a deeper understanding of the features of state anti-Semitism in Salò, which represented an extension of anti- Semitism during the fascist regime, as well as of the political dynamics that characterized the collaboration between Italian and German authorities. 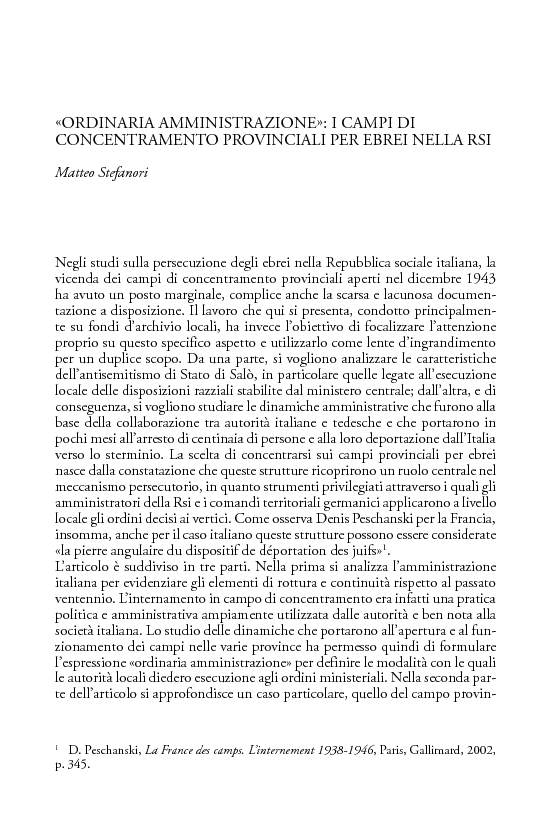