Fascist state violence, as promoted and organized by state institutions and a constant element of the widespread repressive apparatus, long saw less examination by historians than did the violence at the beginning, or the final violence during the Italian Social Republic. This is because, until several years ago, the connection between violence and police apparatus was not expected. The hypothesis of this essay is that since about twenty years ago, some historiographical and historical/political factors have influenced the production of new research on these issues. Have the methodological approach and the use of different documents on fascist violence changed since 1989? Is it possible to identify different trends in the historiographical output? Have the political use of history, revisionism phenomena, the war crimes trials after the Second World War, the outcomes of research commissions, and the violence committed during the Yugoslav Wars in the 1990s influenced the field of historiography? Although historiography has made progress in its analysis of the use of the violence and repression by the Fascist regime, we have had to recognize that the effects on public opinion are insufficient: a deep gap persists between scientific developments and Italian public opinion. 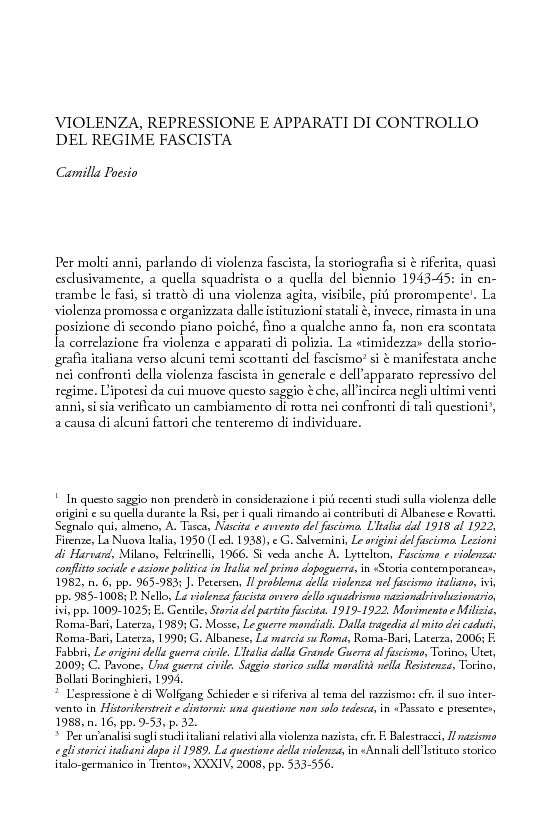