At the end of 1962, the Italian government decided to nationalize all its electricity enterprises following the example of France and the UK, which had created their state-controlled electricity industry after the Second World War. This was one of the most important reforms decided upon by the first centre-left coalition born in 1962 and based on a collaboration between the Socialists, the Christian Democratic Party and two other small parties. The article focuses on Riccardo Lombardi, a Socialist leader who was one of the leading figures of this reform. Lombardi began his struggle in the late 1940s, denouncing the situation of the private electricity monopolies. In 1962, he collaborated towards creating a public enterprise, strongly defending the new law both from opposition on the right and from criticisms from the Communist Party. However, the conservative forces managed to have considerable changes made to the reform as it was originally conceived. Lombardi failed in his opposition to the decision to provide compensation to enterprises rather than to shareholders, and in his attempt to carry out economic planning using the new state-controlled enterprise to help underdeveloped areas. Lombardi's disappointment with the reform, and his progressive disillusionment over the capabilities of the centre-left coalition, show all the contradictions of this important political experiment. 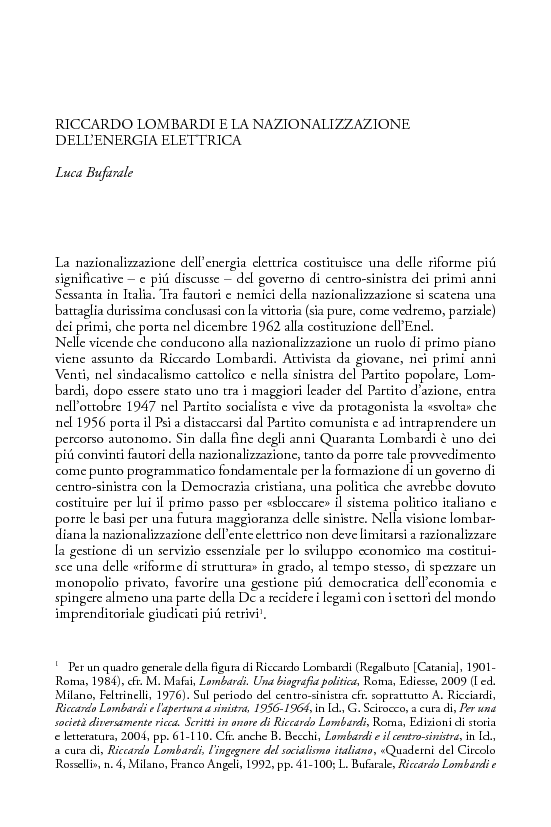