This article focuses on the memory of Giosuè Borsi in Italy after the fall of the fascist regime. A Catholic soldier fallen on the Isonzo battlefield in 1915, the Tuscan poet was celebrated in the 1920s and the 1930s as the symbol of the cult of the Fatherland, but the end of Mussolini's dictatorship brought drastic change. In postwar Italy, nationalism became a lesser issue and Borsi was almost forgotten until the mid-1950s, when the memory of the World War I hero re-emerged. After reaching its peak a decade later, Borsi's myth began to decline and by the 1980s it endured only in Livorno, where the poet was born. His posthumous fortunes shed light on the long-term consequences of the mixing of Catholicism and nationalism that took place in Italy during the fascist era, providing evidence that the process did not end in 1945. In fact, not even the encyclical letter "Pacem in terris" (1963) marked a turning point for Borsi's admirers, who continued to glorify him despite the social, cultural and political changes. 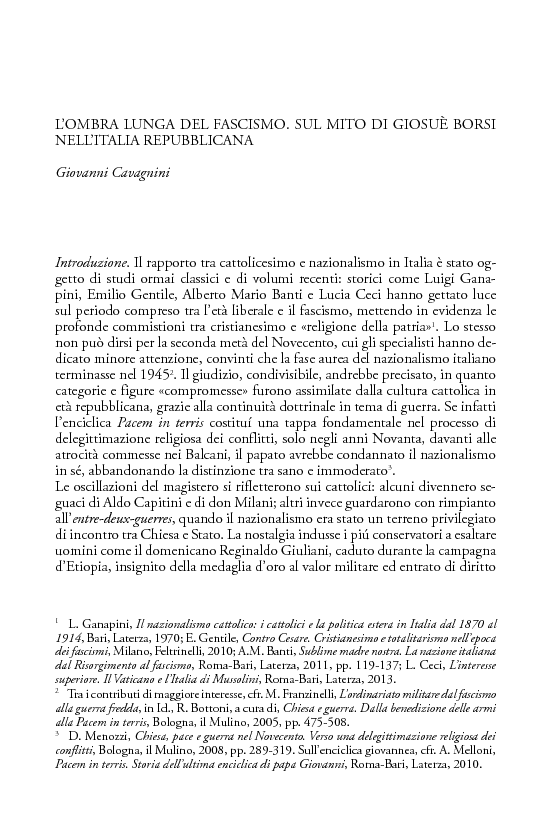