In his scientific output, Charles Tilly broke new ground in two major areas: the study of war and state-building, and the study of contentious politics and social movements. Many scholars followed and elaborated on each of these strands, but few - including Tilly - attempted to link them to one another. Both in the historical study of war and state-building, and in recent «new wars», social movements - and contentious politics in general - play a vigorous but a poorly-understood role. Building on four historical examples - the French revolutionary wars, the American Civil War, the Italian fascist state, and the development of the national security state in the United States during the «global war on terror» - this article argues that the United States after 9/11 has not become a «Schmittian» state, but one that uses the instruments of «infrastructural power» to control and mobilize civil society. The difference lies in the capacity of civil society's actors to use these instruments to contest - and at times to reverse - the state's power in wartime. 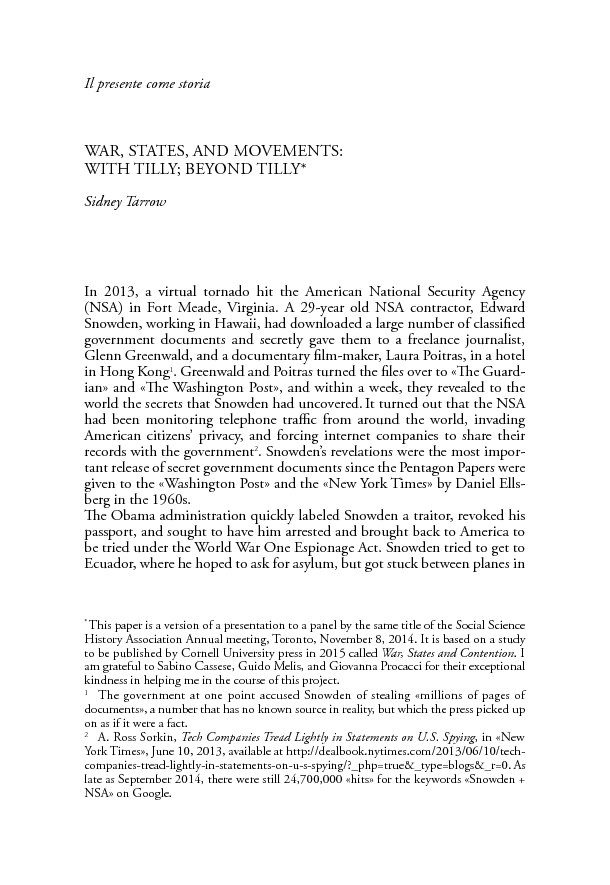