A deep revision of the old wisdom on guilds has been carried out in recent decades. A unified series of essays on guilds and growth, starting with this article, builds new dimensions in this essential relationship. Corporations have been seen as the opposite of the market. This essay sees them as fundamental instruments in building a market of imperfect competition. Guilds are a fundamental means for guaranteeing quality, and thus for spreading the exchange and division of labour in a society characterized by fraud, distrust, self-consumption and low specialization. Guilds defend and consolidate the independence of the sphere of production from the influence of - or attack by - religious and political powers endowed with strong normative and extractive strength. Guilds build a field of isonomy and stable rights in a world structured by privileges and heteronomy. Guilds fight for the expansion of local privileges, but the systemic result is an expansion of the rights of producers. The implications of these functions are crucial. Guilds build a bulwark that allows the division of labour to be deepened, productivity consequently to increase over the long-term, and exchanges to be developed, with major related phenomena to be examined in other essays. 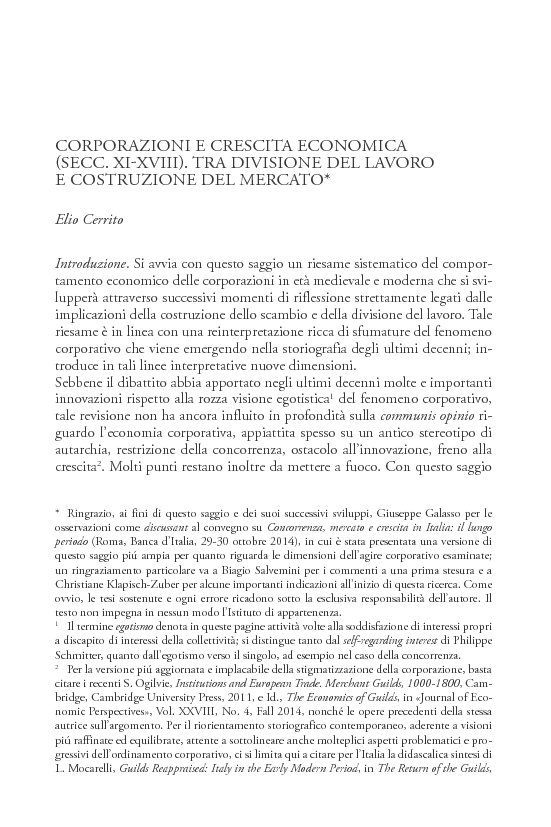