Like the accountant Alfredo Rocco who, as Minister of Justice, transformed himself, in conceiving and drafting the 1930 Code, into an expert in the criminal law, in the same way the trial and civil lawyer Antonio Segni, during his experience as Minister of Agriculture, became, out of necessity, an experienced and skilled expert in agrarian policy. The study, conducted mainly on documents from Archivio Antonio Segni conserved at the University of Sassari, analyses the Minister's legal contribution in preparing the Sila law and then land reform, known as the «transitional law». The second part of the work focuses on the development of the law on agricultural contracts, but Segni met strong opposition from landowners and the moderate sectors of the Christian Democrats. A portrait emerges of Segni the reformer, and of his conception of small peasant ownership as a driver of the countryside's socioeconomic development. 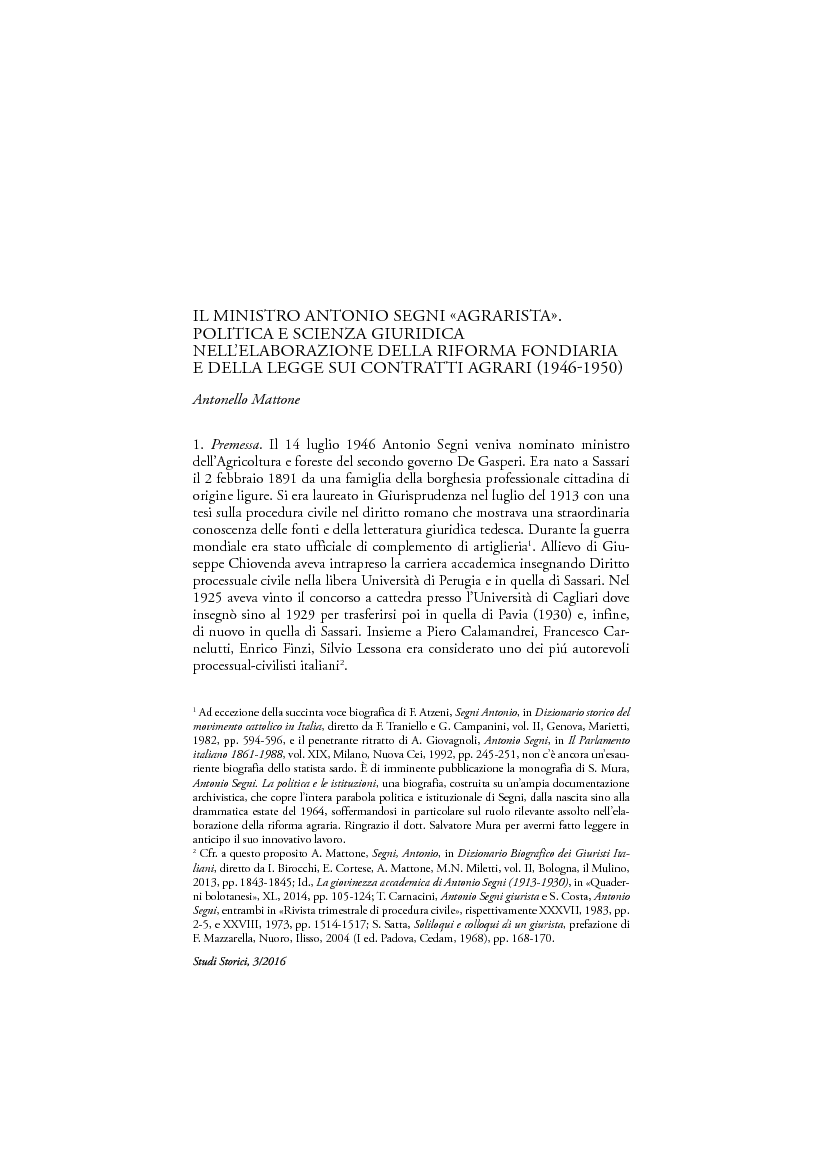