One of the many tasks that the Count of Castrillo, who arrived in Naples in 1653, inherited from the previous Viceroy, the Count of Oñate, was that of bringing to an end the intricate issue concerning the Cardinal and Archbishop Ascanio Filomarino. This prelate, who had been already accused of infidelity to his legitimate sovereign during the so-called revolt of Masaniello, had given rise to various kinds of clashes (political, jurisdictional, religious, ceremonial) during the government of the Count of Oñate who, however, had not succeeded in having him removed from Naples. This article aims to reconstruct how this situation evolved during the government of the Count of Castrillo, when the debate over the responsibilities for the uprising and Filomarino's actions were intertwined with the demands of the Spanish Monarchy's international policy, and with two events of central importance: the conclave of 1655 and the plague of 1656-1658. 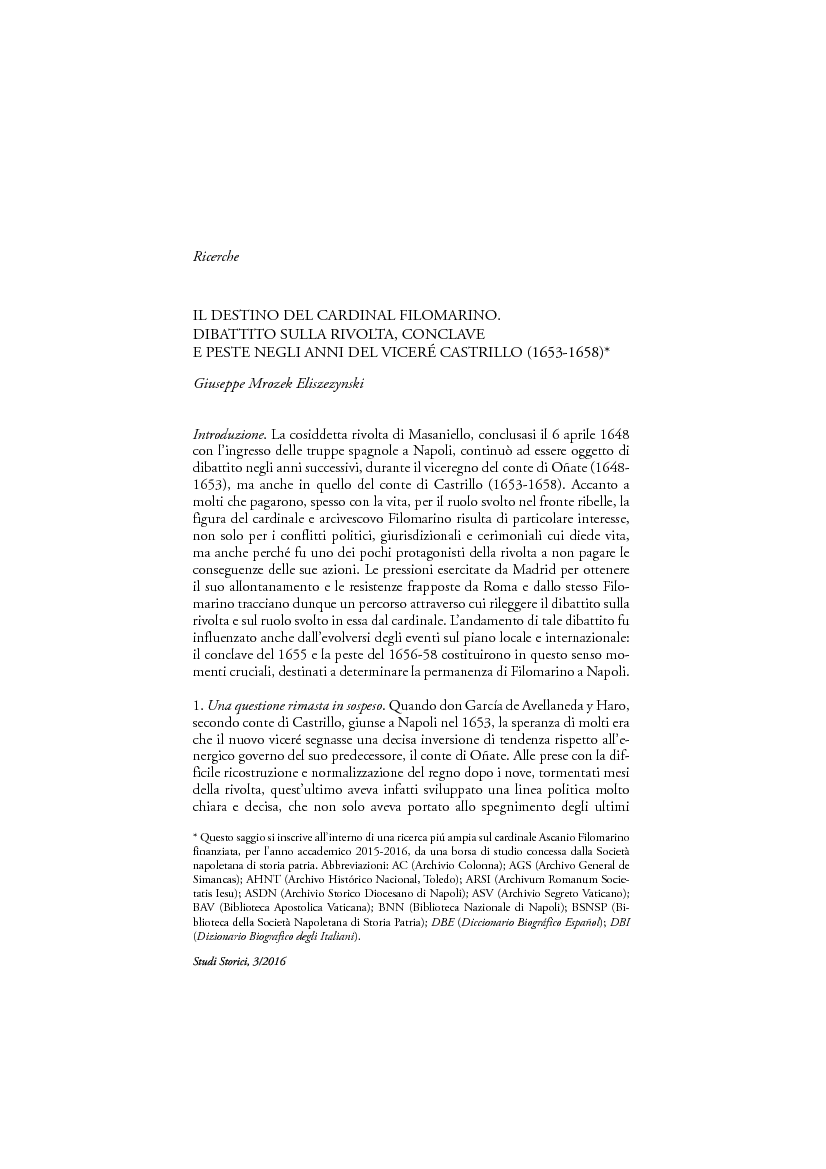