Starting from the early 1960s, Czechoslovak society and the Communist Party of Czechoslovakia experienced a progressive opening that would eventually lead the way to the Prague Spring. A particular feature of this opening was the creation of various research groups or teams aimed at preparing wide-ranging reform projects. This essay focuses on the activities of the team for the development of the political system led by Zdeněk Mlynář. This team had the ambitious task of laying the foundations for an overall reform of the political model that had been established in Czechoslovakia through two decades of real socialism. From late 1966 to early 1968, Mlynář and his collaborators developed a series of studies that examined sensitive issues such as the democratization of the communist party, respect for civil rights, the establishment of an opposition, the introduction of some form of pluralism, and even the creation of new parties. In the end, the team was unable to reach final conclusions due to increasing political turmoil during 1968 and the subsequent Soviet intervention. Nonetheless, it laid the groundwork for one of the documents most typical of the Dubček era, the Action Program. And above all, the unpublished documents taken into consideration bear clear witness to the search for a national path to democratic socialism and the desire to break free of the orthodox Soviet model. 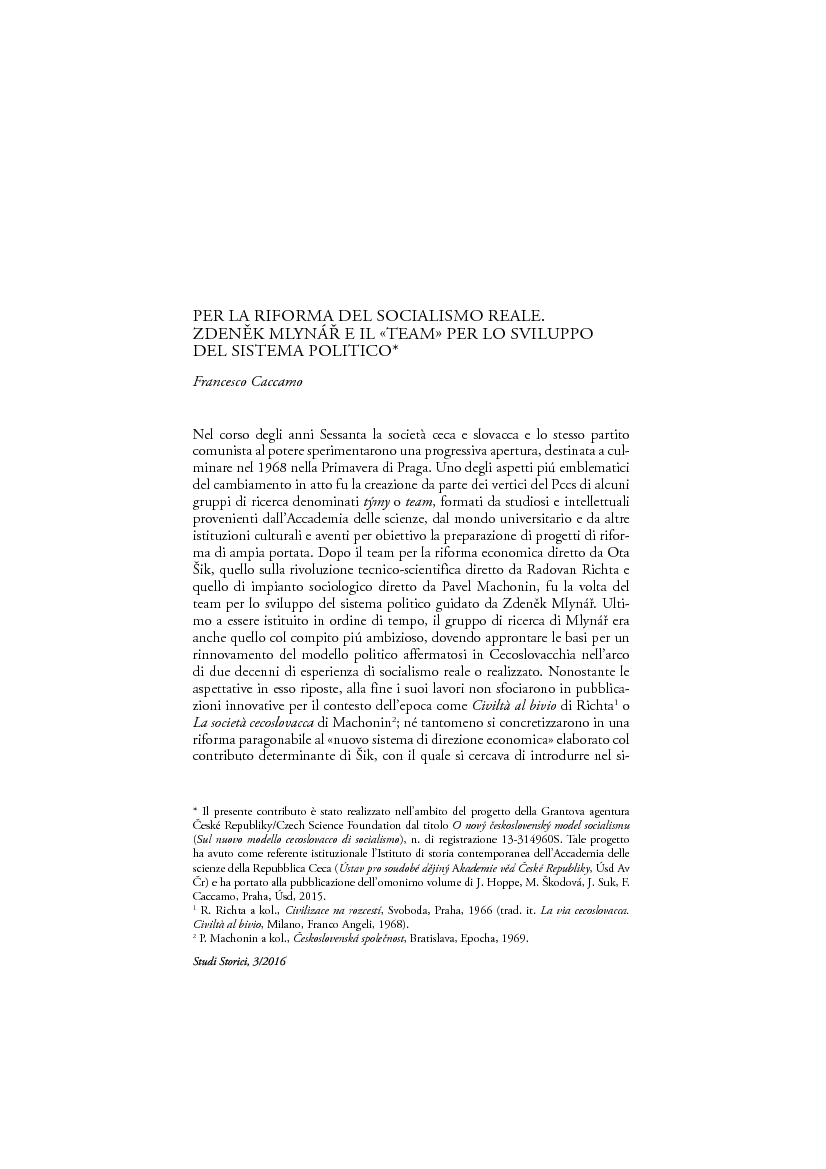