In this contribution we attempted to introduce a further reading of one of the most famous works by historian Federico Chabod (1901-1960), "Storia dell'idea d'Europa" (History of the Idea of Europe), published posthumously in 1961. The analysis focuses on an aspect that has been little studied: the delineation of limits, frontiers, and borders which, according to Chabod, the idea of Europe constructed throughout the course of the centuries in its 'Western' spaces. To that end, consideration will above all be made of the steps dedicated to «geographic» design, re-established and interpreted by way of original thematic mapping. 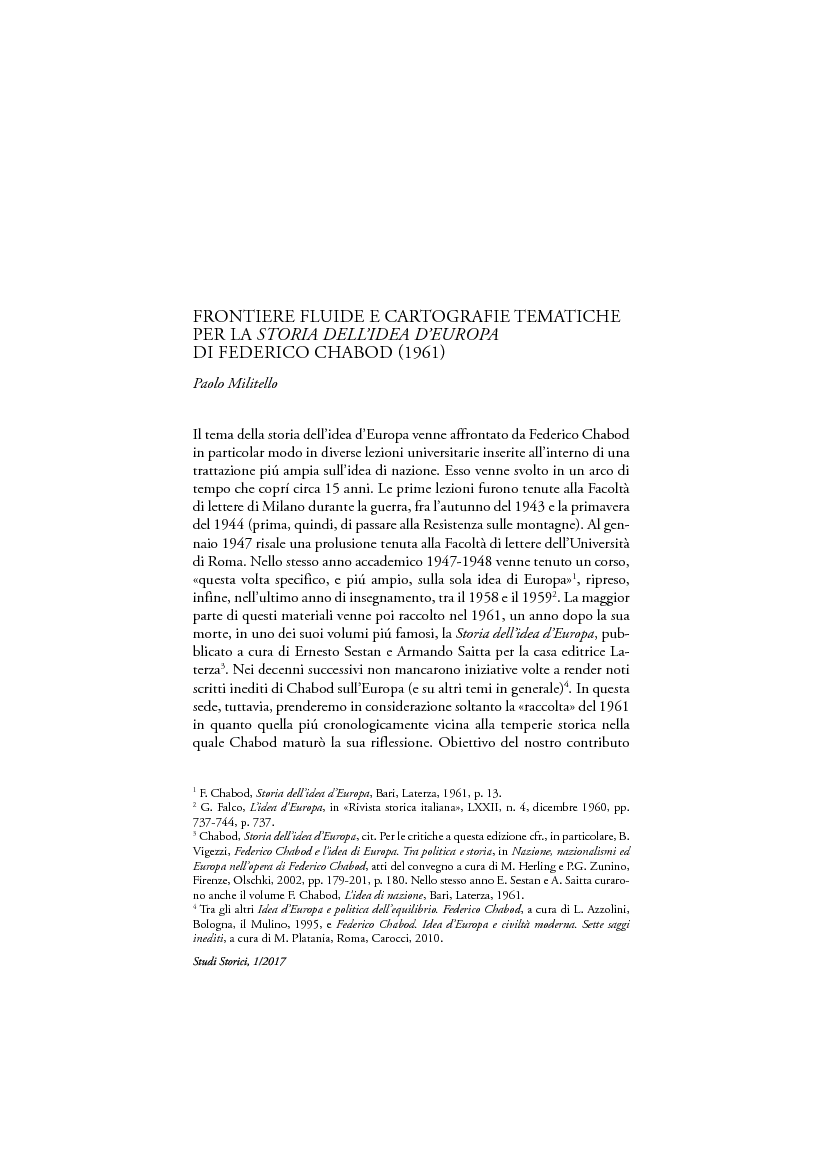