The essay is part of the author's wider reflection on restoring the conditions of effectiveness to economic policies for growth. Three headings established on historical grounds are declared as crucial to a new consensus: the unity of social sciences and the essential interaction between economic and extra-economic preferences; strong interconnections between fiscal and monetary policies; constant or increasing returns of scale. The essay then examines on historical grounds the crucial inconsistencies of the notion of «rational expectations» (postulate of rationality, reliance on the quantity theory of money, etc.), upon which major contemporary policies and institutions are based, along with important advances it has permitted (focus on the effect of purely cognitive phenomena, solution of the classic problems of sluggishness and lagging behind). A more robust comprehension of psychic phenomena, instead of merely cognitive and rational ones, emerges as a necessary scientific acquisition towards designing effective policies for economic growth. Attention is then paid to the quantity theory of money. Logical and historical elements invalidating the theory are shown. Data also illustrate aggregate phenomena of "pro tempore banality", and diachronic "nonbanality". The invalidation of the quantity theory has major economic implications. These include the possibility of expansive fiscal and monetary policies without inflation, the denial of the vertical Phillips curve ineffectiveness bias, and the need for a sounder theory of price setting and of inflation control by the central banks. The notion of conventions is anticipated as an instrument to explain most of the phenomena illustrated and to solve major policy problems. A new and more robust consensus on economic policy for growth means reforming the dominant treaty of economics. It has to include awareness with regard to the dynamics of conventions rather than to rational expectations, adhesion to the unity of social sciences, allowance for irrational, emotive processes along with rationality, abandonment of the quantity theory of money, analytics of differences and interactions between fiscal and monetary policies, and substitution of the axiom of decreasing returns with the prevailing historical context of constant and increasing returns. 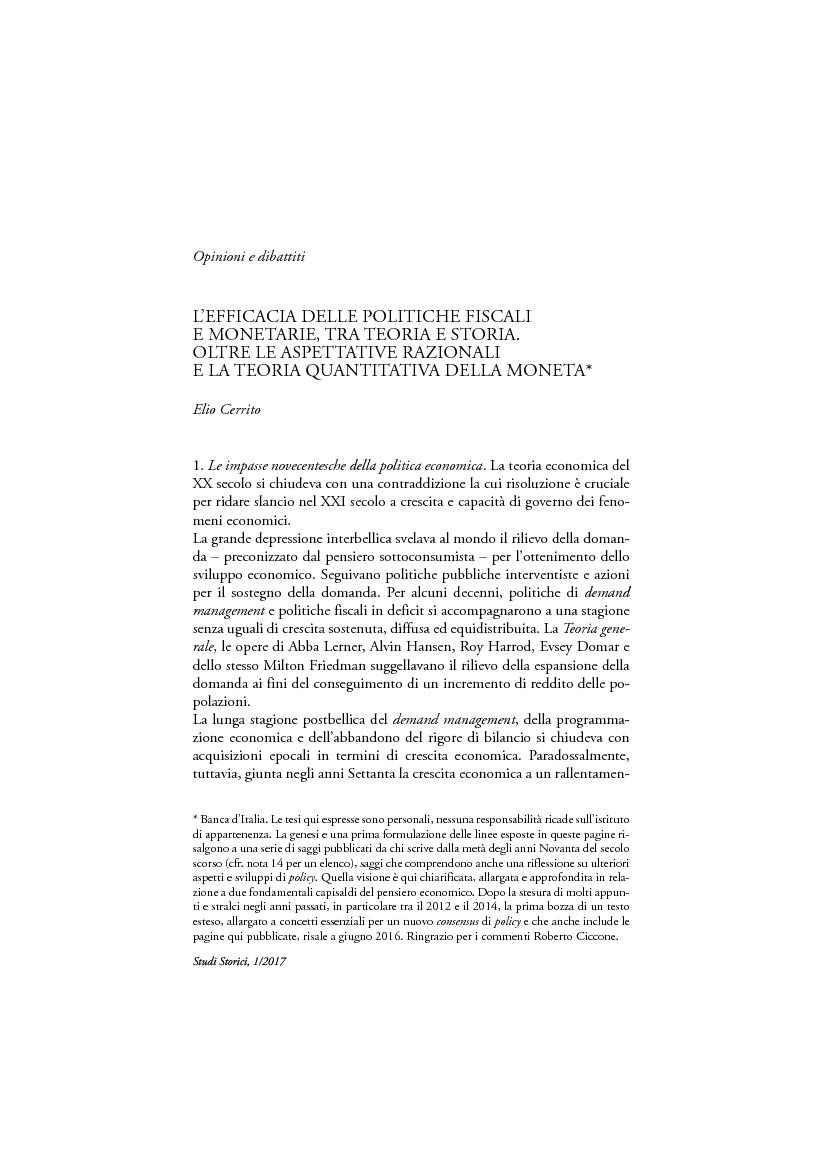