Throughout the Middle Ages, but especially between the 13th and the 15th centuries, Naples experienced intense political and social dynamics, which developed in an urban context characterized by a strong local presence of both noble clans and popular associations. During the 14th century, the Angevin monarchy, having committed to leading the local institutions to a unique organizational model and to alleviating social tensions, encouraged the aggregation of the noble clans into five major groups called «seats», and the grouping of associations of the working classes into one large «seat of the People». Only in 1495 was the latter able to have its own representative at the summit of the municipal administration («Council of the Six»). Members of the noble seats exercised strong control over the territory in which they were seated and had, like all the nobles of the time, familiarity with weapons and a code of conduct based on revenge on a person, a family or a group of families. Although tempting, it is incorrect to make a leap from the 14th- 15th century to the 21st, by connecting with «a long, straight line» the political and social dynamics of medieval Naples to the present-day criminal system of the Camorra. 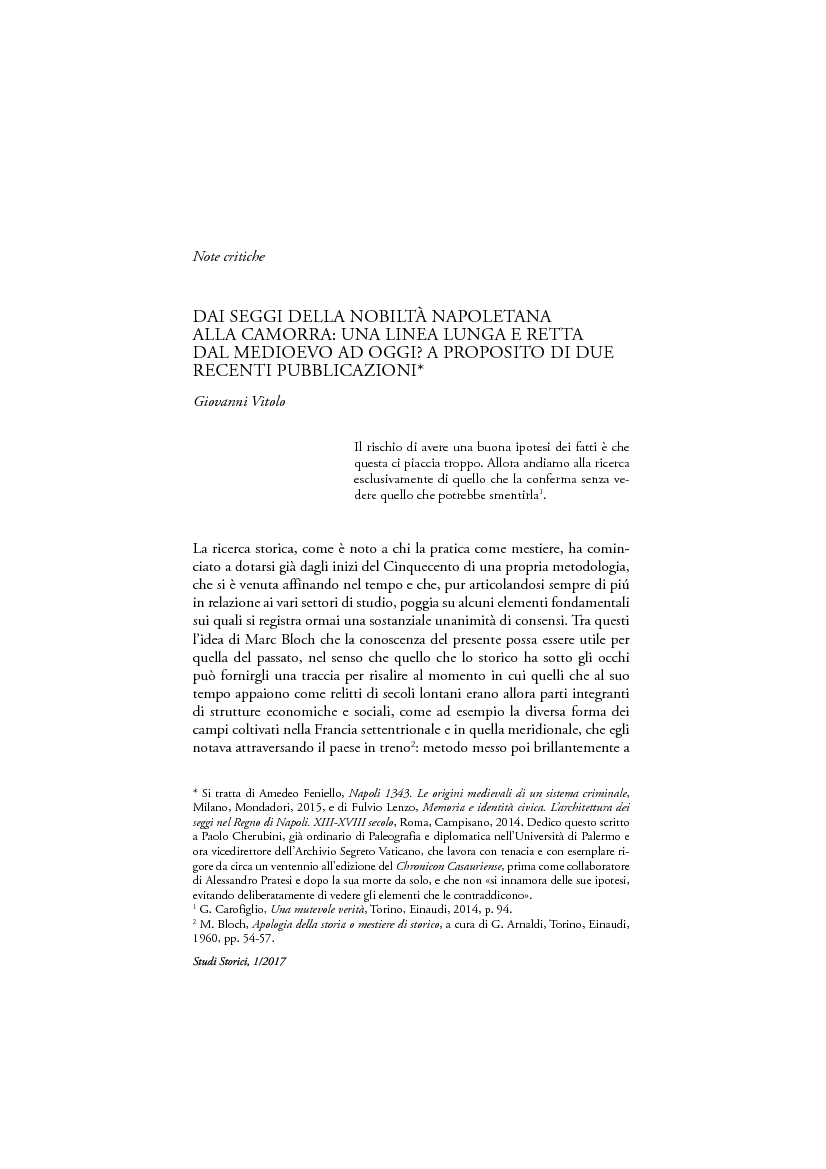