This article aims to highlight the close relationship between the hypothesis that fascism is the «passive revolution» of the 20th century and the fact that it may be considered as a kind of political laboratory. Gramsci advances the hypothesis that fascism is the «passive revolution» of the 20th century as a result of his critique of Benedetto Croce's approach to Italian history, which culminates in Croce's definition of «religion of liberty» as an effort to stabilise fascism - that is, as a way to reinstate bourgeois hegemony over the popular masses. On the other hand, as a «totalitarian» State and as a «totalitarian» political practice, fascism cannot be considered as a mere reaction to the process of self-organisation of the popular masses, which was carried out in the first decades of the 20th century and above all after the First World War. Since fascism's main goal is to absorb and channel the masses' impulse rather than to reject it, it is a «political laboratory» in which, for the first time in the history of the Italian national state, the «people» can do their «apprenticeship» in politics. The conclusion Gramsci draws from this analysis of fascism and of Croce's discourse on «liberty» is that in contemporary Italy, it is possible to articulate a political strategy that, recalling the other Jacobin values of «equality» and «fraternity», gives rise to a movement for popular democracy under the slogan of the «constituent assembly». 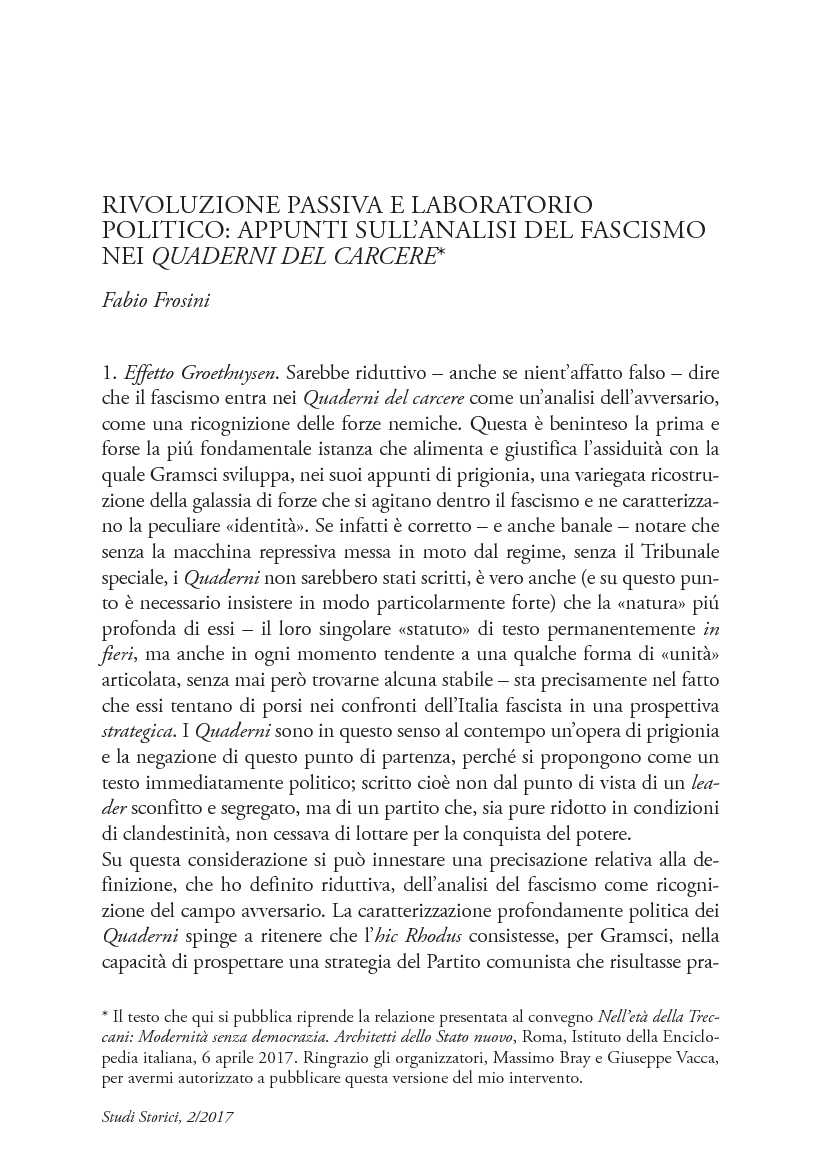