This paper provides an analysis of the Lombard episcopate in the mid-14th century. Via a comparative approach, I will try to understand how both political events (i.e. the peacemaking between the Apostolic See and the Visconti, or the appointment of Giovanni Visconti as Archbishop of Milan) and institutional changes (i.e. the extension of the apostolic reservation on episcopal appointments) influenced the main features of Lombard episcopate. Secondly, this paper focuses on the specific cultures of government expressed by the prelates at that time, by concentrating on different topics, such as: the massive use of writing; attempts to restore episcopal properties, rights, and jurisdictions; and the promotion of episcopal authority by means of a number of interventions (such as the restoration of urban palaces and castles). Lastly, particular attention is paid to the relationship between political power (at that time embodied by the Archbishop Giovanni Visconti) and the Lombard episcopate, in order to identify spaces of cooperation and conflict. 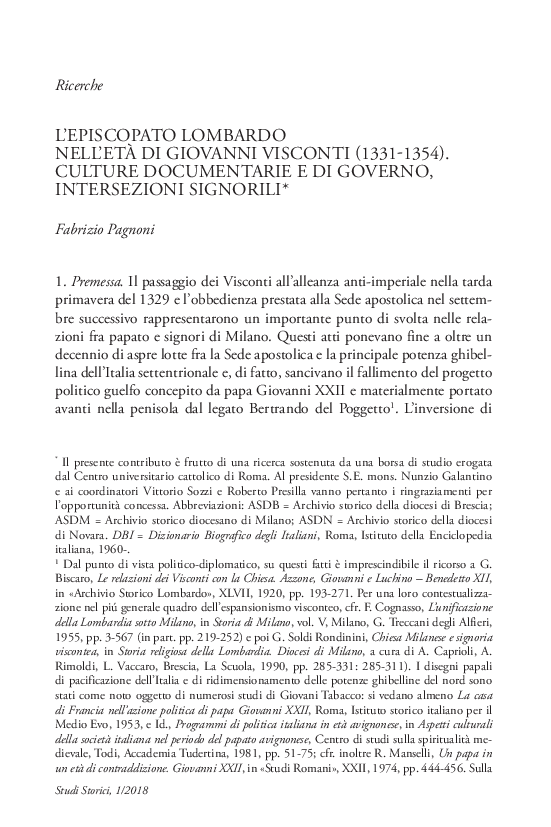