In the fifth chapter of the second book of his "Discorsi sopra la prima Deca di Tito Livio", Machiavelli addresses the problems surrounding the eternity of the world. Since the Middle Ages, the issue was considered in contradiction with both creation and the Last Judgement, and was therefore strongly condemned and persecuted by the Catholic Church. Machiavelli's position has been hitherto considered an enigma: while he rejects the objections against the world's eternity, he does not explicitly support it, either. What was his opinion? Scholars are divided: some consider him an eternalist, while others believe he refused to take a stand on this issue because the problem lay outside his interests. As this article shows, the riddle can be solved by shedding light on the source he used for his analysis of this contentious topic. Machiavelli rewrites a long passage of a book that was held in his father's library, namely the commentary on Cicero's "Somnium Scipionis" by Macrobius. The textual and contextual analysis of the reading advanced in this article will for the first time justify the placement of Machiavelli's most extended philosophical statement within the theological discussions of the beginning of the 16th century and will allow scholars to fully understand its implications. 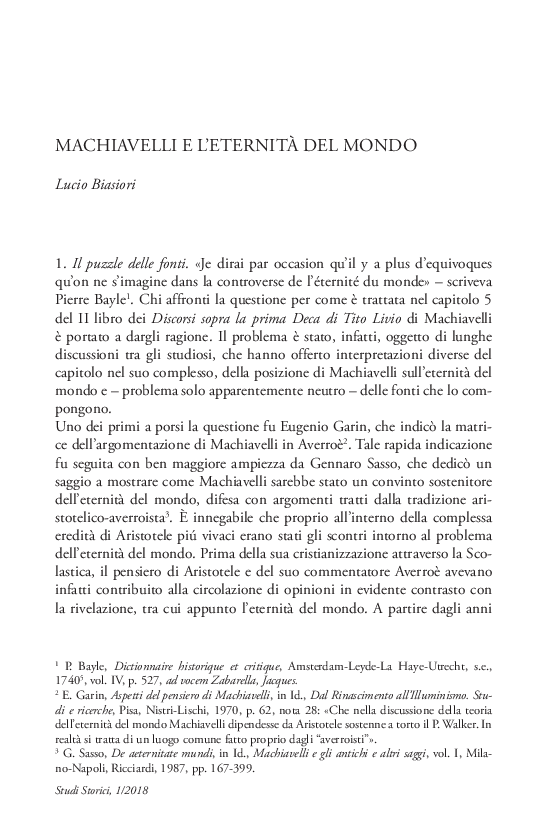