Based on unpublished archival sources, this essay reconstructs Italy's first experiments with television, in the European context of the 1920s and 1930s. It also presents the results of the International Conference on Television (ICT) organized in Nice in the spring of 1935, by the first director of "Istituto Luce" Luciano De Feo. Chaired by Louis Lumière, this meeting took place under the auspices of the League of Nations, with the leading representatives of the various radio communication companies operating worldwide in attendance. In the European political framework, which starting in the mid-1930s was dominated by totalitarian regimes, this essay compares the results achieved by the ICT with the political and ideological objectives of the International Cinema Congress, which a few weeks later brought to Berlin the leading figures in the European film industry, proposing the establishment of the International Film Chamber (IFK). 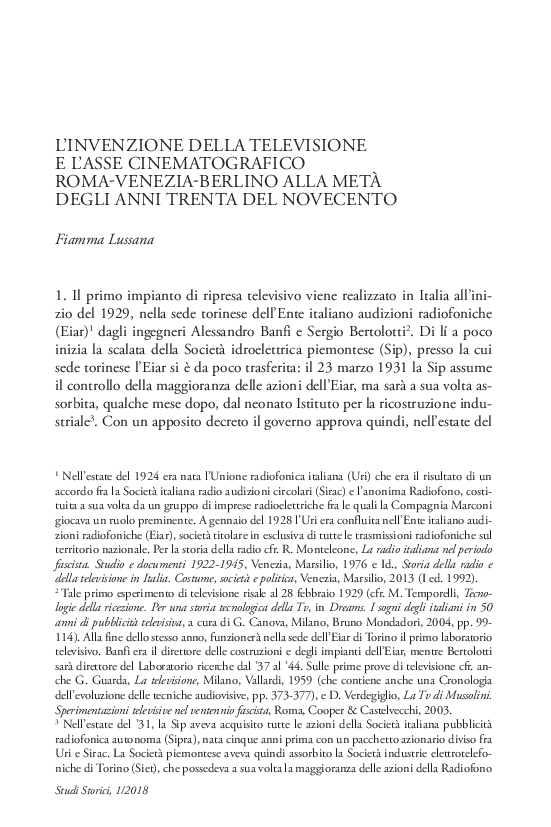