Renzo Laconi (1916-1967), a young communist leader and active member of the Sardinian Regional Council (1945-1946), was elected to the Constituent Assembly in June 1946, at a crucial moment in his intellectual formation and in the development of his thought: Gramsci was his main political reference as, with profound conviction, he dealt with issues of autonomy, Southern Italy, Sardinia, and the rural question. Among the most representative figures in the new communist generation close to Togliatti, he was a four-time member of the Italian Parliament from 1948 to 1967, serving as regional secretary of the Sardinian PCI from 1957 to 1963. He stood out for his passionate commitment to building and consolidating a republican democracy, and, in 1962, to implementing "Piano di rinascita della Sardegna" (Renewal Plan for Sardinia), the first example of economic and social planning in the regional framework. It is important to reflect on Laconi's contribution to the definition of the Italian Constitution and to the democratic development of national policy, in order to do justice to the relevance and originality of his thought. It is also important to give value to the fact that he was, and felt himself to be, a precursor, in order to better understand his commitment to renewing the PCI's approach and the communists' role with regard to many of the issues the party dealt with in the national debate, in the halls of Parliament, and also within itself. These crucial issues were related to the implementation of the Constitution, structural reforms, the Meridionalist, regionalist and autonomist battle, and the definition of a concrete and organic model of development and of democratic transformation of Italian society. 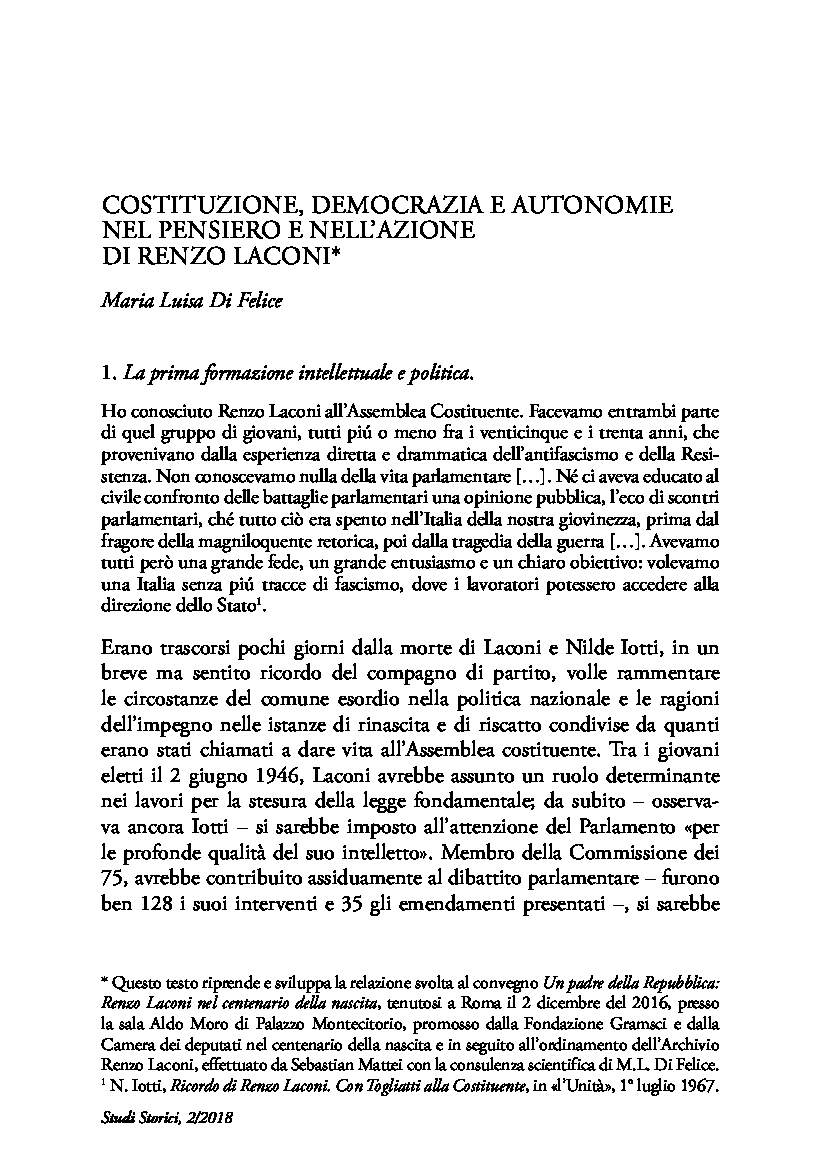