This paper outlines Giuseppe Giarrizzo's profile as a European intellectual, by considering the years he spent in France, the Netherlands and England, but also his way of dealing with the history of Sicily. In Catania he felt at home and could look at Sicily and at his hometown with a familiar gaze; yet, at the same time, his gaze was distant and analytical, shaped by his experiences abroad. The key to understanding him, and to following in his path, lies precisely in the refusal to opt for just one of the various needs and potentials he brought with him. His historical research focused essentially on two main topics: on the one hand, the European culture of the eighteenth century, a period of great splendour and innovation; on the other hand, Sicily, whose several pasts, present and future were at the heart of his concerns and called his attention. He was a great European intellectual, certainly one of the greatest of the second half of the twentieth century. 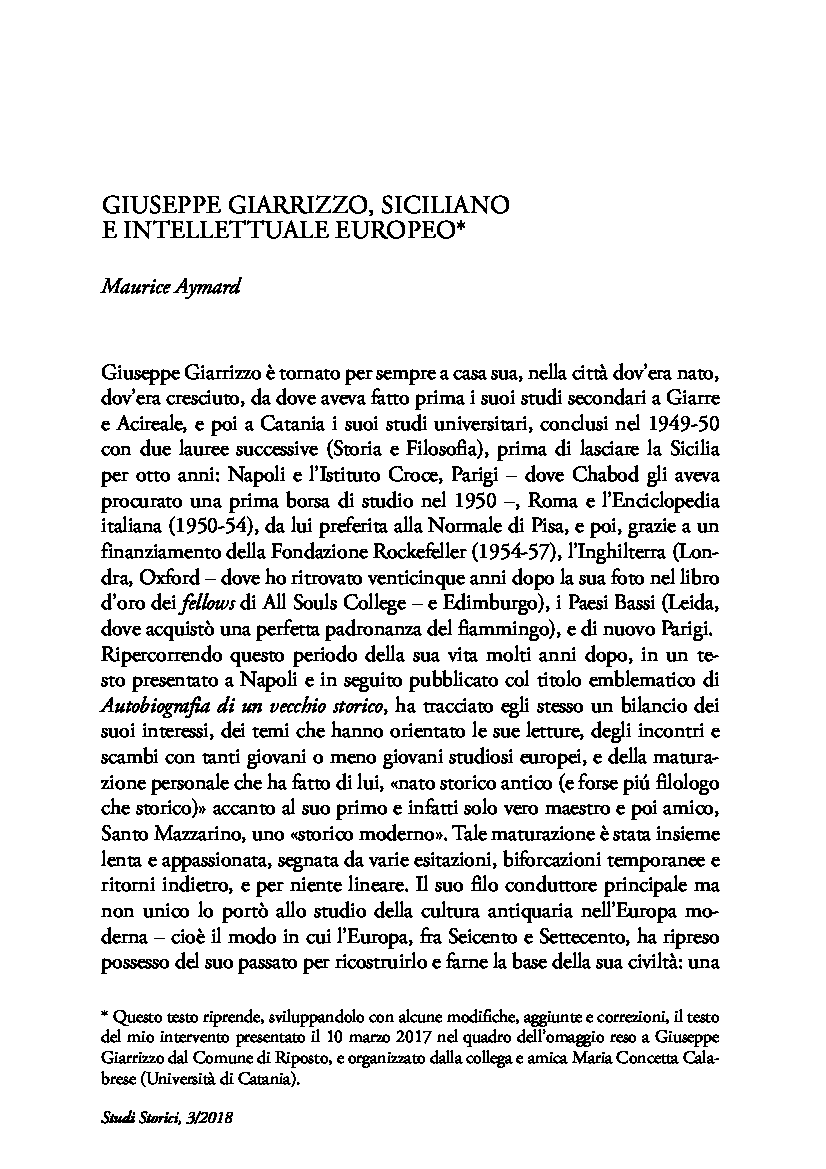