Artistic issues, although marginal for the Italian Communist Party between the late1940s and the 1950s, allow us to understand not only how the relationship between men of culture and the party changed over time, but also the role of militant intellectuals in debating and offering alternatives to the Party's official cultural policy and the dynamics between centre and periphery, through the intellectual challenge issued by a group of Milanese artists loyal to the PCI cause. The essay recalls the case of Milanese Communist painters and art critics (mainly Treccani, De Grada, Mucchi, De Micheli, Fumagalli) gathering for a certain period of time around the periodical "Realismo" (1952-1956), which tried not to deviate from the Meridionalist and historicist party line even after it had been called into question by a PCI now in favour of artistic openness in response to new requirements of broader political and social alliances. The research on the controversies between the Milanese artists and the official spokespersons of the Communist cultural policy (especially Antonello Trombadori) demonstrates on the one hand that the Realist cultural tendency supported by the PCI resulted from an ongoing mediation between party officials and artists, and on the other that the lack of approval for the new cultural approach by the Milanese group was certainly indicative of a political judgement on the lines of action dictated by Rome. 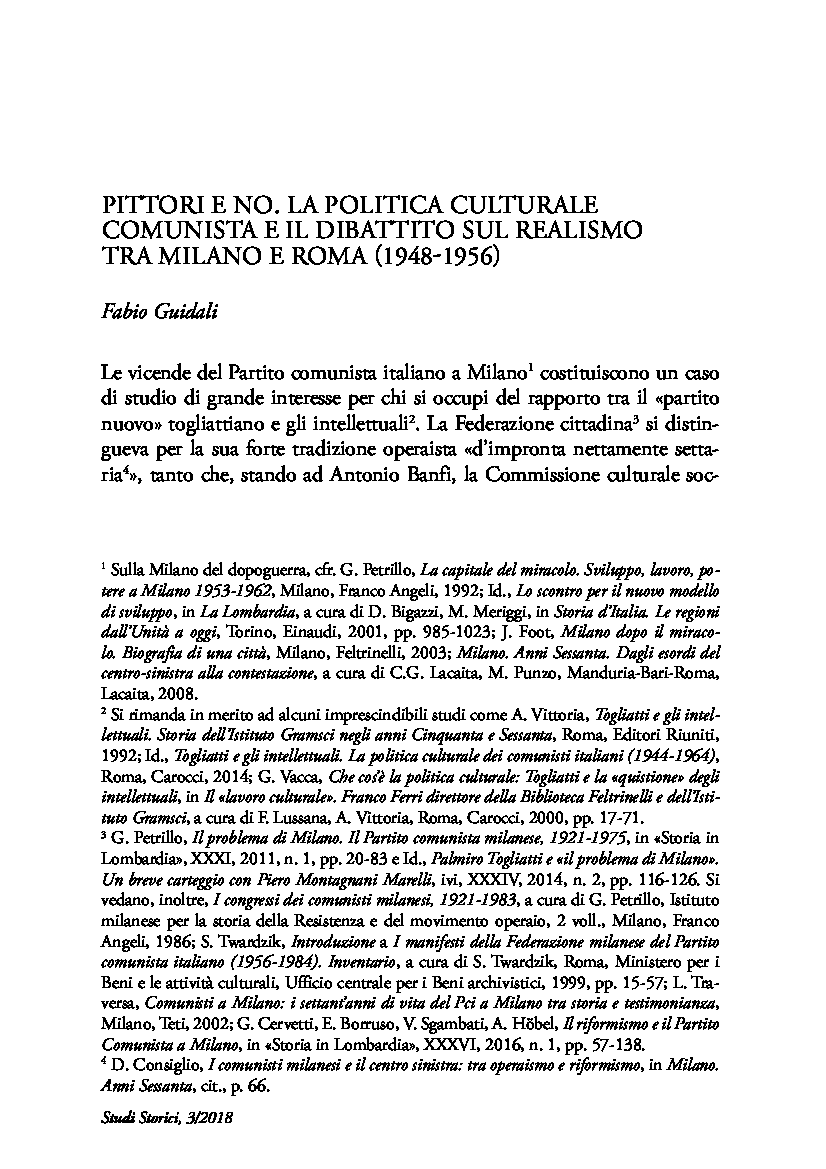