Between late 1958 and the first months of the following year, the Christian Democratic Party went through a crisis so serious as to lead it, according to widespread opinion at the time, to the brink of a rift. Employing to a large extent unpublished archival sources, this essay reconstructs its origin, features, and developments around the key node of the contrasts between the Party's secretariat and the executive - both led by Amintore Fanfani - and a rather large fringe of the Christian Democratic parliamentary representation that, covertly or overtly, raised opposition against both the centre-left line and the method of government adopted by the leader from Arezzo, until provoking his double resignation. Standing out among the aspects dealt with are the tensions that lacerated the majority current, "Iniziativa democratica", during this phase, leading up to the final rift into the «Fanfaniano» and «Doroteo» factions during the meeting of the National Council at the "Domus Mariae" which, on 16 March 1959, was to elect Aldo Moro to lead the Dc. 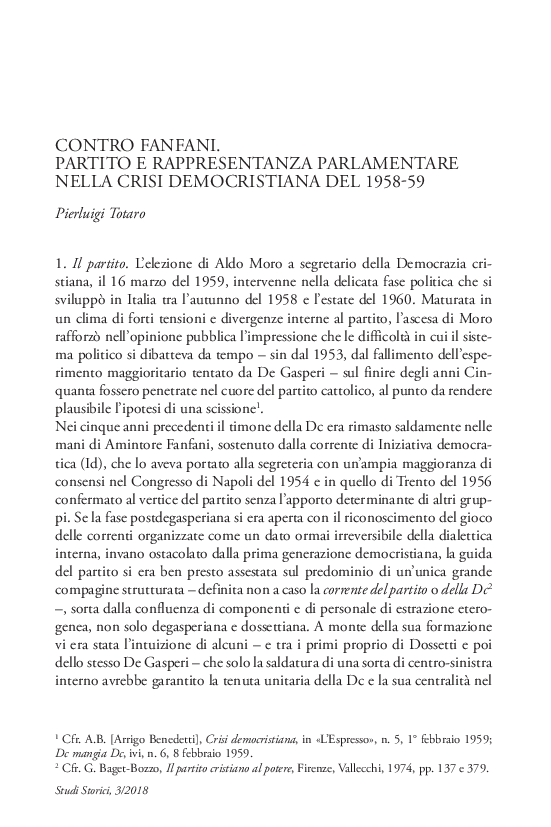