This article aims to analyse the reactions of Italian institutions and secular public opinion to the conquest of Jerusalem by the Entente in December 1917. The research focuses primarily on the narrations of the victory in the press, which often also reported the public discourse held at public events, such as the commemorations and political meetings organised to celebrate the conquest. The article reconstructs the behaviours of the institutions, the heterogeneous pro-war forces, and the socialists. The study pays predominant attention to the disseminated representations of the 1917-18 Palestine campaign as a crusade; these images are valuable for comprehending how this category was used in the political debate by the secular groups of Italian politics and society. Principally, the victory in the Holy Land was characterised as a crusade - while, however, giving this term secular and contemporary meanings. The military episode was considered part of the Entente's crusade in the name of freedom and civilization against the cruelty of German "Kultur", a widely spread image of the Great War propaganda based on demonization of the enemy. 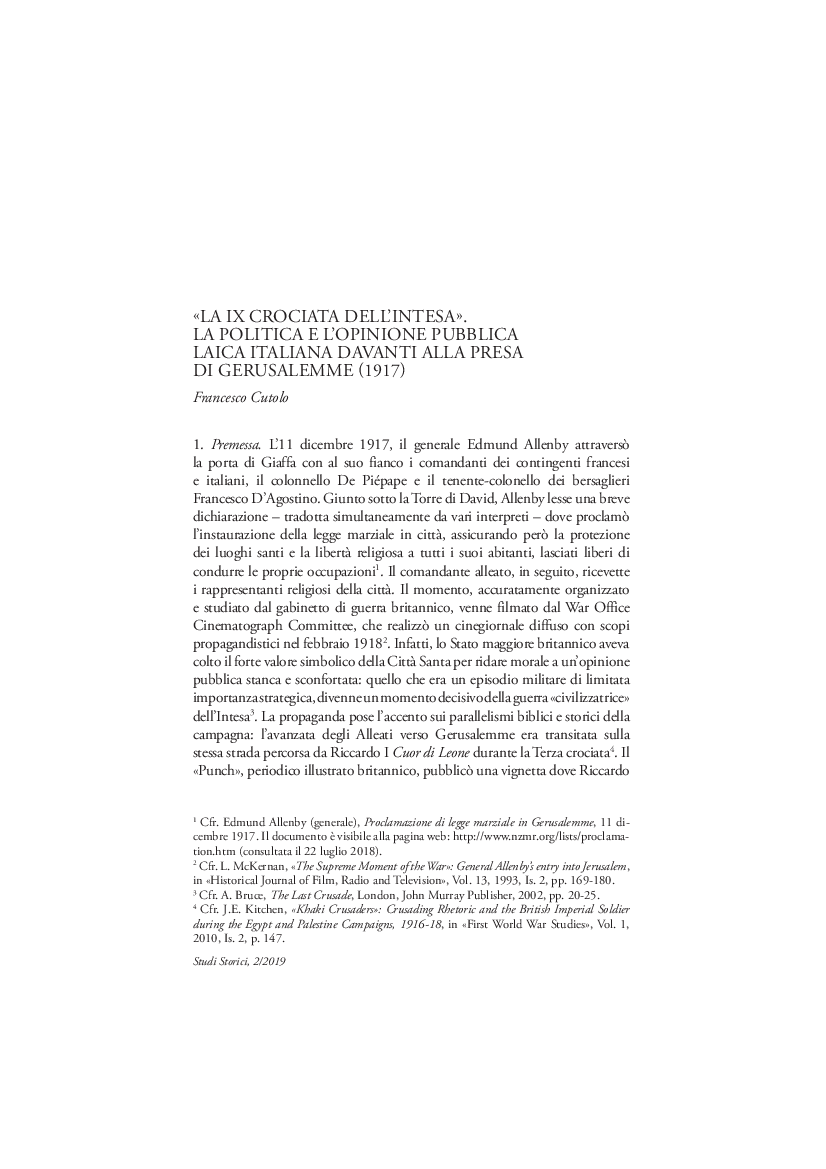