During the liberal age, the utility of the parliamentary inquiries was cast into doubt on a number of occasions, and the lack of tangible results was a limit that had discredited the institution. And yet, after the fall of the fascist regime and the rise of the young Republic, in a political setting favourable for reaffirming the centrality of legislative assemblies, parliamentary inquiries were reassessed. The inquiry on poverty in Italy, and on the means to combat it, approved by the Chamber of Deputies on 12 October 1951, took place at the end of the first Legislature, almost simultaneously with the inquiry on unemployment. To simplify their work, the commissioners did not extend the inquiry to the entire country but concentrated on certain areas; one of these areas was Sardinia. After a general overview dedicated to reassessing the institution of the parliamentary inquiry and the start of the one on poverty, this paper focuses on the Sardinian case, aiming to understand the inquiry's results and what consequences it had on Sardinia. This theme, although touched upon only incidentally even by historiography attentive to the island's history, merits a specific contribution. 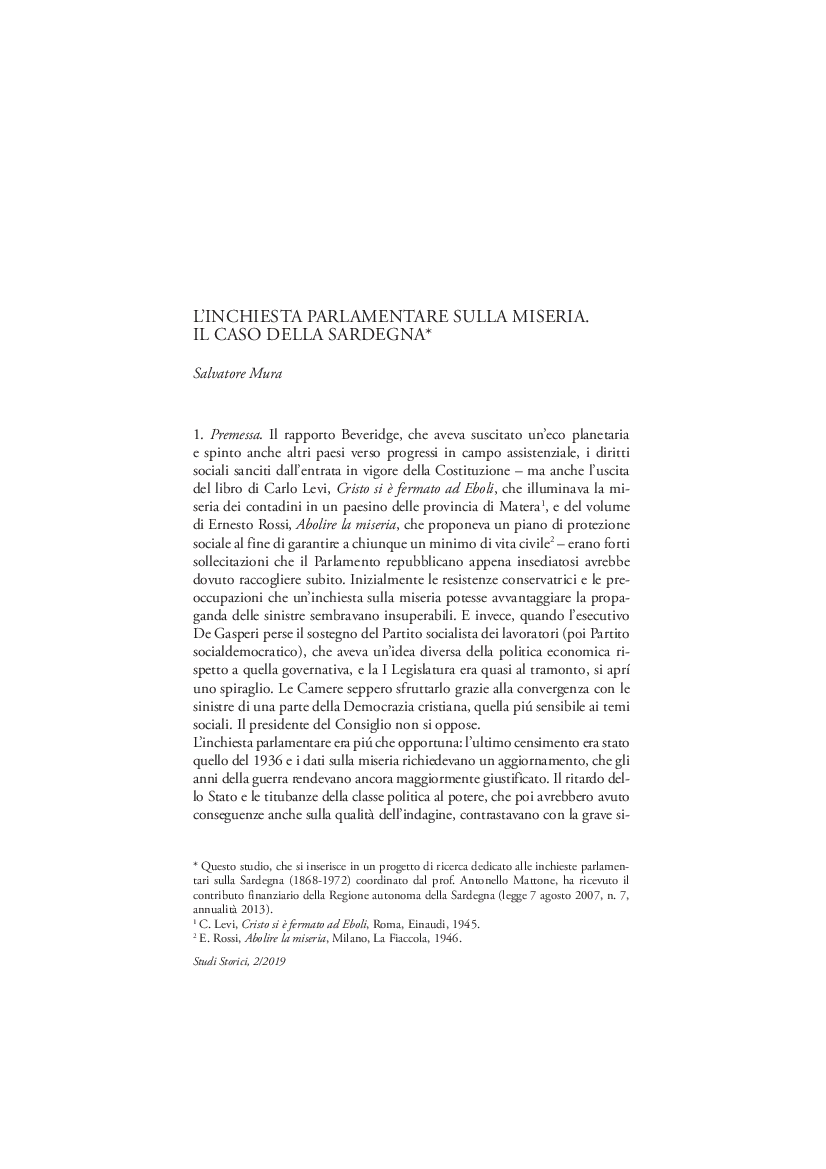