In many works, Mosse treated nationalism in negative terms, as a mass political movement with chauvinistic and authoritarian connotations. However, his critical view of Zionism was never so severe. The historian's different judgment towards Jewish nationalism seems to be connected to the research done by some Jewish- German thinkers, to put a human face on nationalism through the theorization of a Nationalhumanismus. According to these intellectuals, like Max Brod or Felix Weltsch, the link between nationalism and humanism might have been an alternative way to avoid the past errors of European nationalism. Attracted in turn by the possibility of saving Jewish nationalism from self-destructive tendencies, Mosse seems to have turned to this specific history within Zionism in an attempt to emphasize its positive aspects that had not yet been implemented or had failed, thus identifying a double face in nationalism itself. 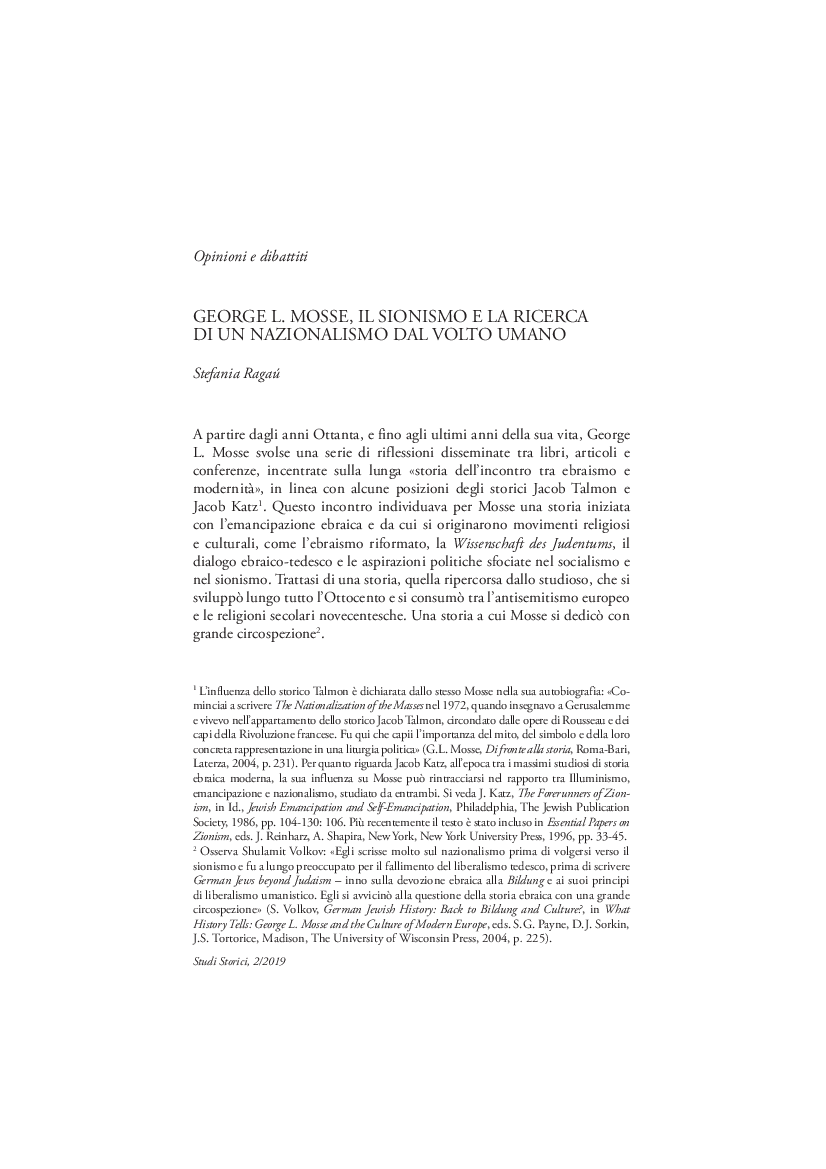