Far from any kind of nationalist rhetoric, Villari initiated an important debate on concepts such as homeland, nation, and loyalty in the Early Modern Age. He would often return to these subjects during his research. Thanks to his extensive knowledge of seventeenthcentury societies and his skilful use of both published and unpublished historical sources, he understood the key role played by the Mezzogiorno d’Italia. According to him, Southern Italy was indeed the place where patriotic and libertarian aspirations had already appeared in the second half of the seventeenth century and found fertile ground in the following decades as well. In the Kingdom of Naples, for instance, the traditional subservience among the single stakeholders began to break down and, in the context of the Neapolitan Republic led by Masaniello, a new political vocabulary came to life. 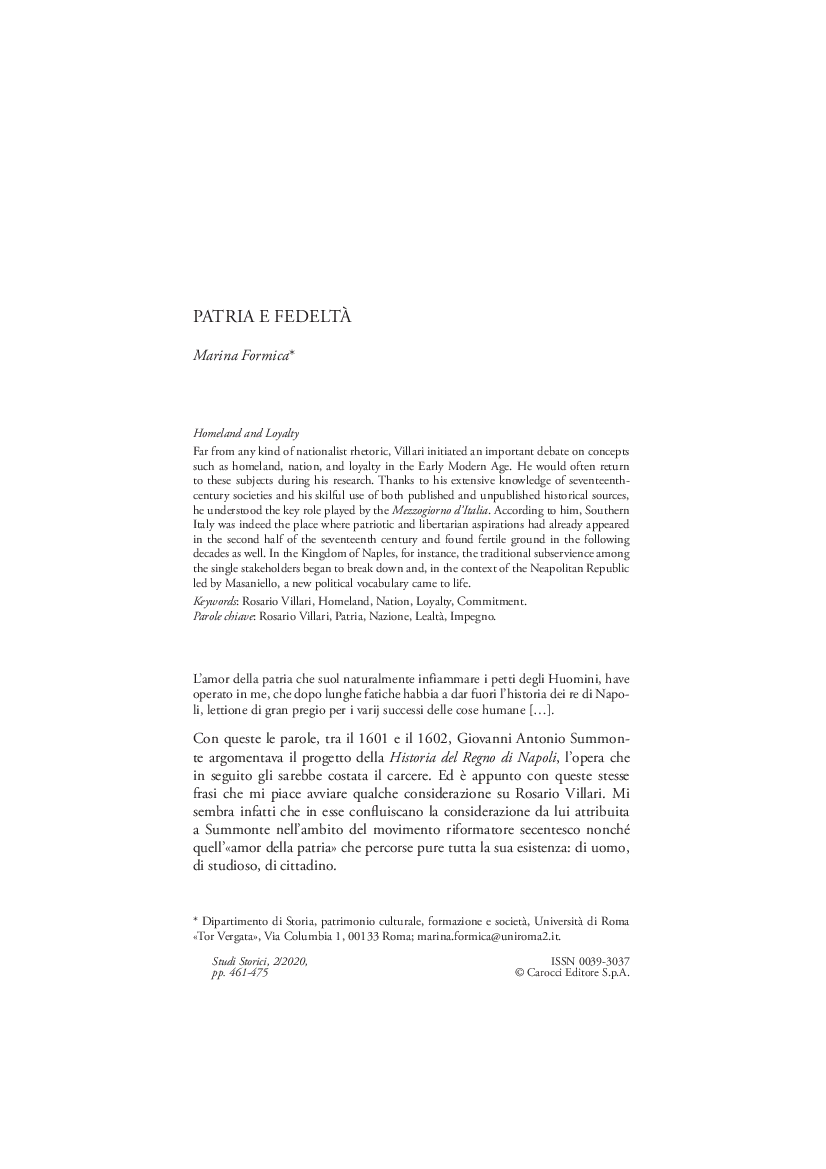