This essay is an account of my personal, intellectual and professional relationship with Rosario Villari between September 1981, when he spent six months with me in Princeton as a Visiting Member at the Institute for Advanced Study, and his death in 2017. We spent much time together discussing his plans for a companion volume to his La rivolta antispagnola a Napoli, a book I greatly admired. Following his return to Italy we continued to discuss plans for his new publications, and notably Elogio della dissimulazione and Un sogno di libertà, and my wife and I were fortunate to be able to stay with him and Anna Rosa on a number of occasions in Cetona at the Podere Santa Fortunata, while also exploring Tuscany, Rome and Naples. I learnt much from him and owe a great deal to his friendship over the years. 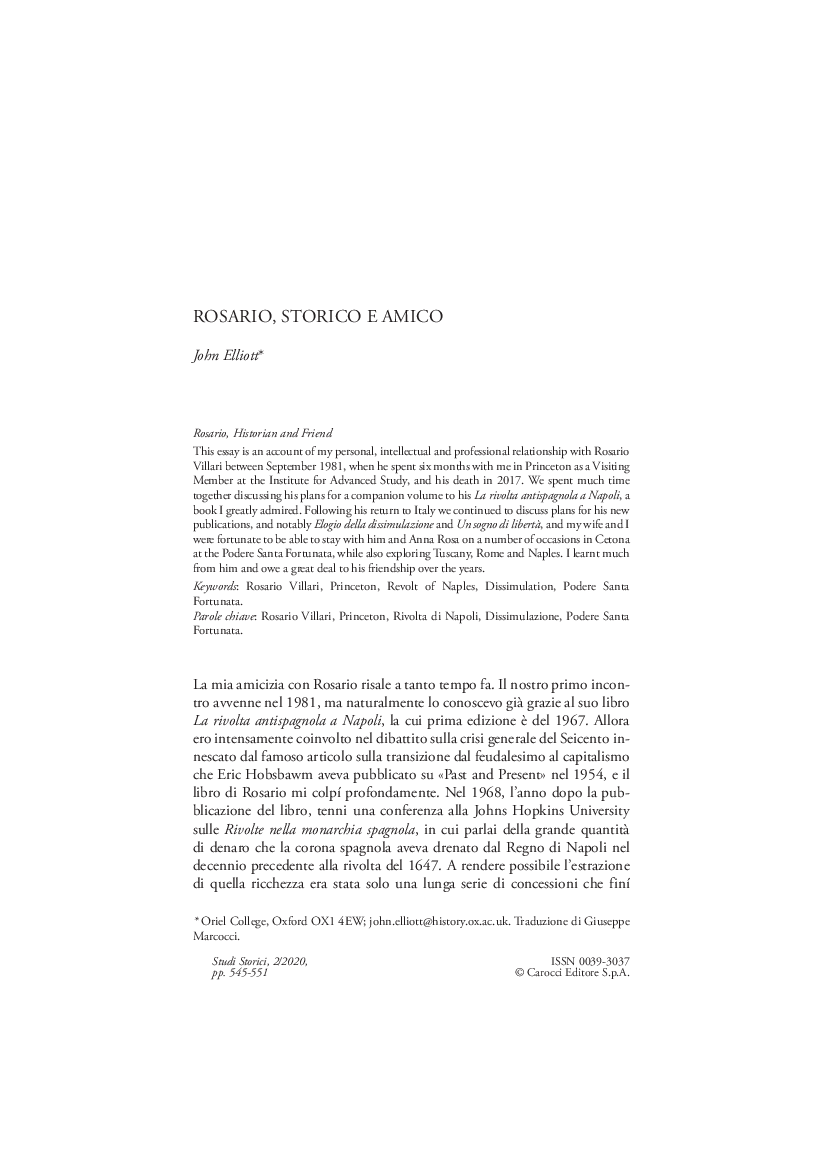