Starting from the 1990s, several reforms modified the territoriality of European welfare states, which was articulated across multiple scales. As a consequence, the relevance of service provision and local welfare highly increased. In this contribution, we conceptualize the territorial dimension as an analytical dimension in social policy research. In order to understand the implications of variations in the territorial and multi-scalar organization of social policies, we reflect on the tensions that may emerge between the jurisdictions of interventions and contexts’specificities. We describe also the main trajectories of territorial reforms of European welfare states, looking at the process of subsidiarization and its impact on opportunities and inequalities. Finally, we reflect on the fragmentation of the Italian welfare, which tends to reproduce the territorial inequalities of the country. The resulting welfare configuration is highly contradictory, unable to protect citizens and in contrasting effectively the current pandemic crisis. 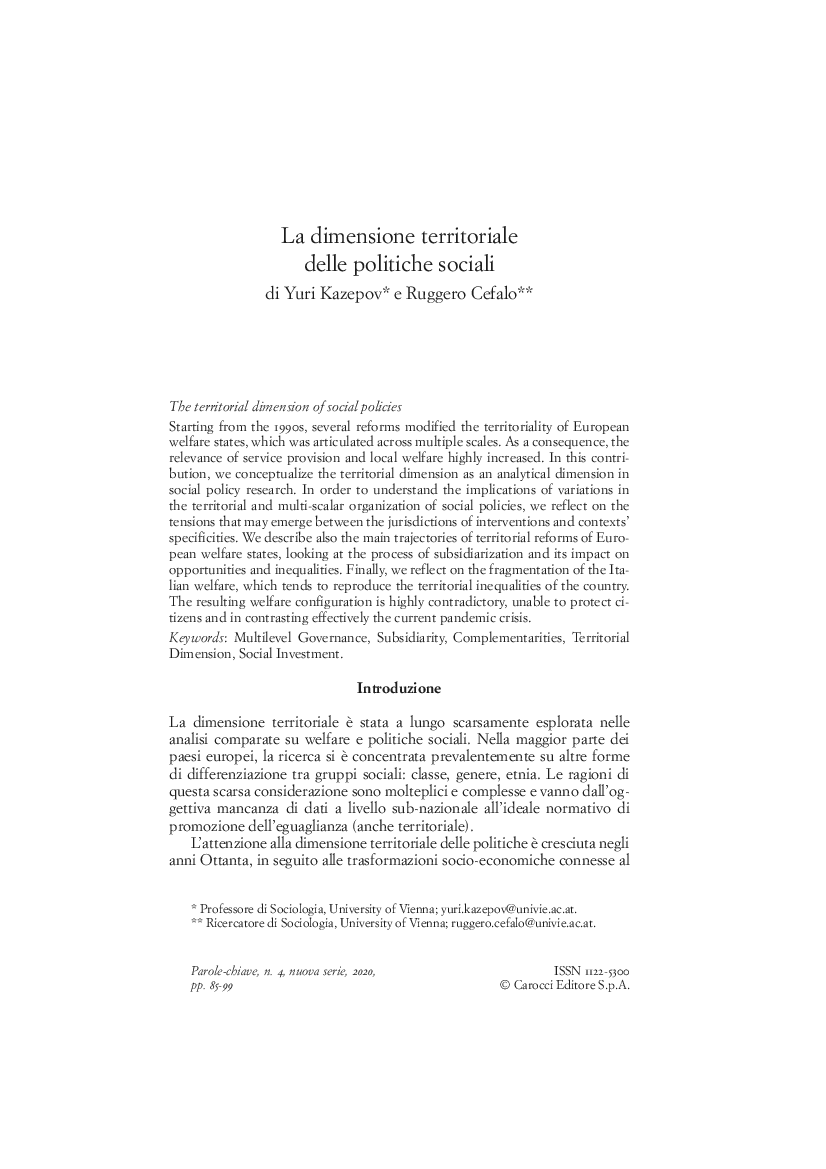