Throughout the history of Western political thought, the concept of peace has received far less attention than that of war, because of its constitutive ambiguities and of the special attention to conceptualise and justify war, functional to the pursuit of realist – especially imperial and colonial – political goals. Although it is impossible to summarise a complex reflection that, albeit intermittently, has resurfaced from its beginnings to the present day, an attempt will be made to propose a brief reconstruction of the relationship between the concept of peace and those of praxis and utopia, shedding light on specific moments in which the tradition of pacifism has been confronted with the need to act concretely in the real world in order to end or avoid war and with the need to imagine ideal worlds in order to escape the belligerence that characterises the coexistence of different political authorities 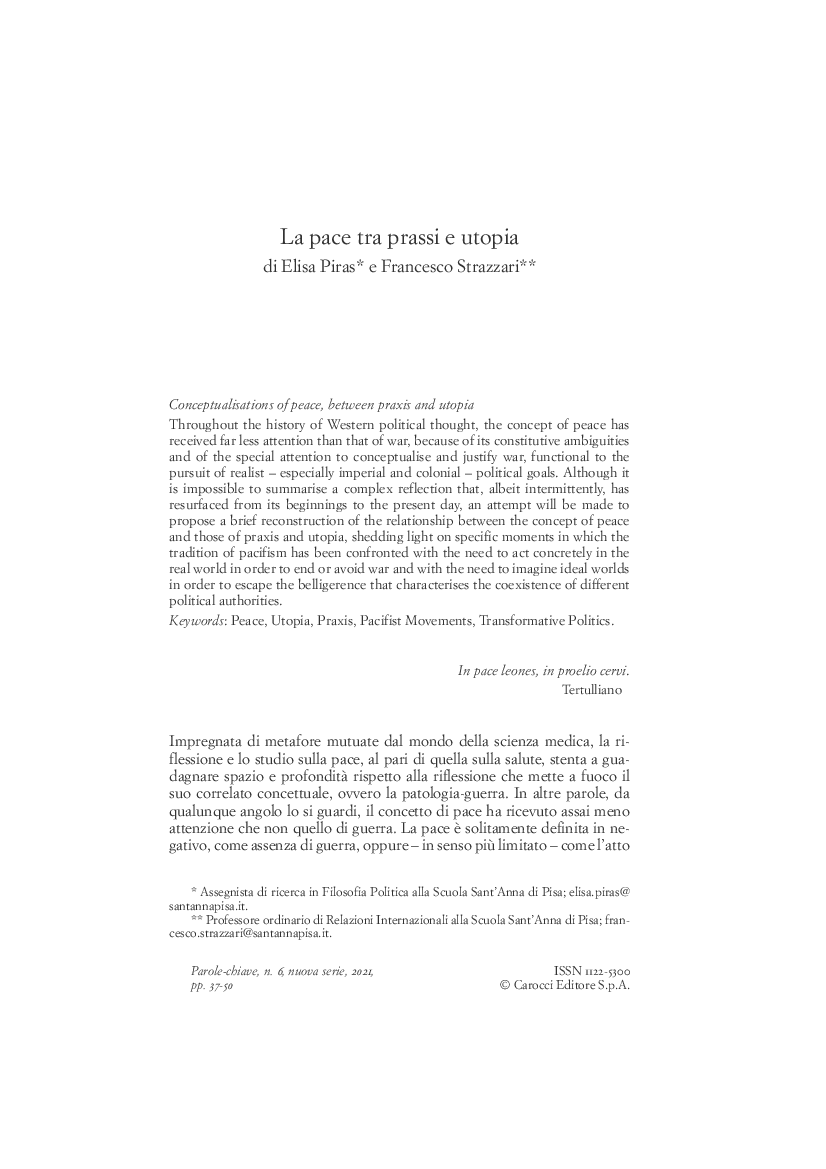