In this article sovereignism, as part and parcel of populism and the new “otherµ of democracy, is defined by the combination of three elements. First, the reduction of “the peopleµ as author of the Constitution to the electorate. Second, the consequent attribution of constituent power, or the power to reform the rules of the political process, to the electorate. Third, the assumption that one and only one correct interpretation exists of the general interest of the people, again reduced to the voters, and that intolerance vis-à-vis opponents is justified. The impressive flow of the sovereignist river is augmented by three unsuspected tributaries, that traverse areas of our political culture not directly related with populism. 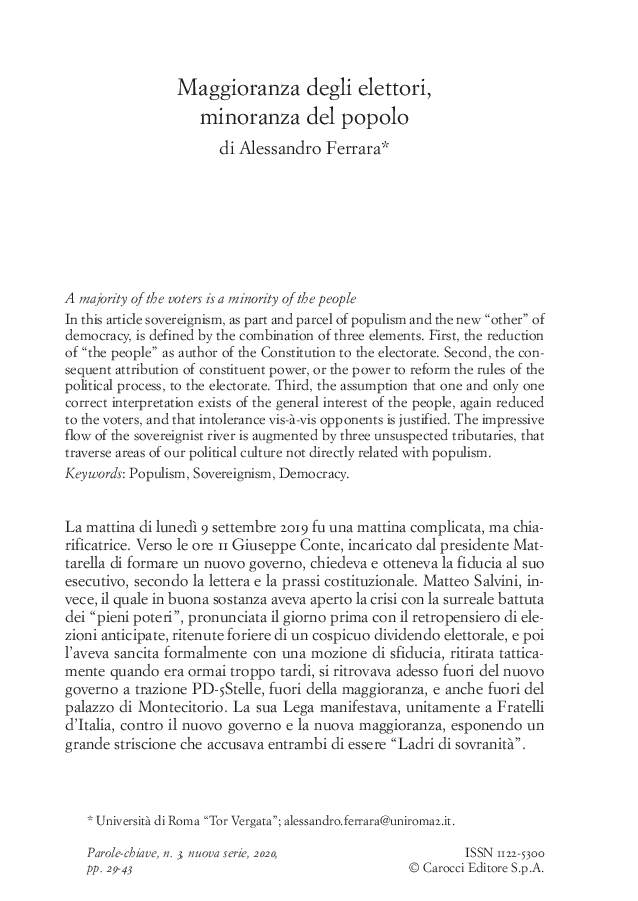