This study examined the production of written texts in two types of narrative tasks (fictional and autobiographic stories) in a sample of 162 children equally distributed in three primary school classes (3rd, 4th and 5th). Data show that fictional narratives are longer, more articulate and complete than autobiographic stories. With respect to the use of the psychological lexicon, cognitive and volitional terms are employed more often in the fictional narratives, whereas emotional terms occur more frequently in the autobiographic stories. Furthermore, it has been found a significant correlation between internal state words and the amount of subordinate clauses in the fictional, but not in the autobiographic task. Overall, the results obtained on different measures (syntactic complexity, narrative structure and mental state talk) indicate that the fictional story represents the most adequate framework for children to express their abilities of theory of mind understanding. 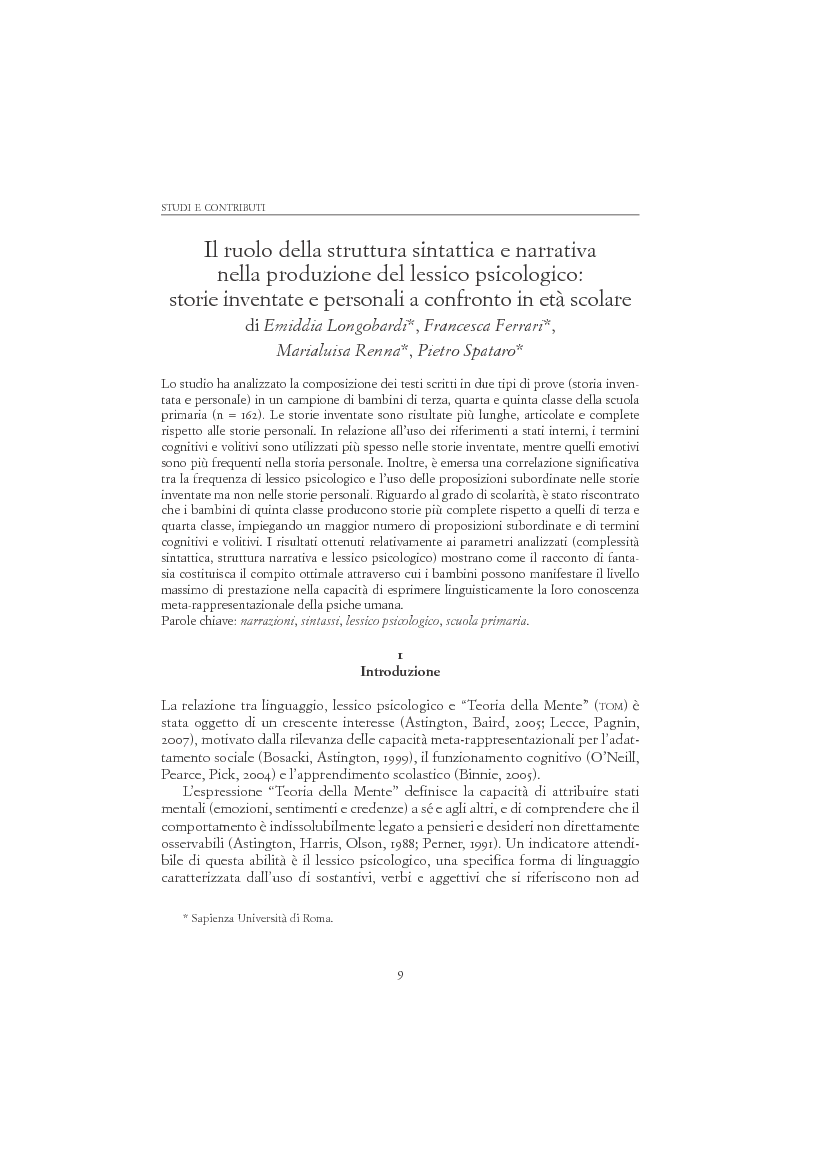