The appreciation Aristotle sometimes received for the interest shown to the "ethne" in the "Politics", needs to be reconsidered. Aristotle certainly knew alternatives to the "polis", as shown by some "Politeiai" dedicated to Greek peoples (Arcadians, Thessalians, Aetolians, Acarnanians, Bottiaeans etc.), but the primacy of the "polis", the very foundation for his researches as a scholar, has never failed. The different realities underlying the notion of "ethnos" are referred only to indicate what such a notion represented compared to the "polis": a political entity oversized in terms of demography and territory, and therefore characterized by abnormal greatness. Aristotle is not interested in investigating the nature of the "ethnos" nor in suggesting solutions for its proper functioning. "Ethnos", in his perspective, plays the role of an element of mere confrontation and opposition, from which it is possible to derive some peculiar characteristics, but just to assert that they would be negative if applied to the "polis", as well as the "ethnos" would not be able to incorporate functions and magistrates of the polis. The latter, in short, is always at the center, and its are the problems the philosopher continuously faces and tries to solve. 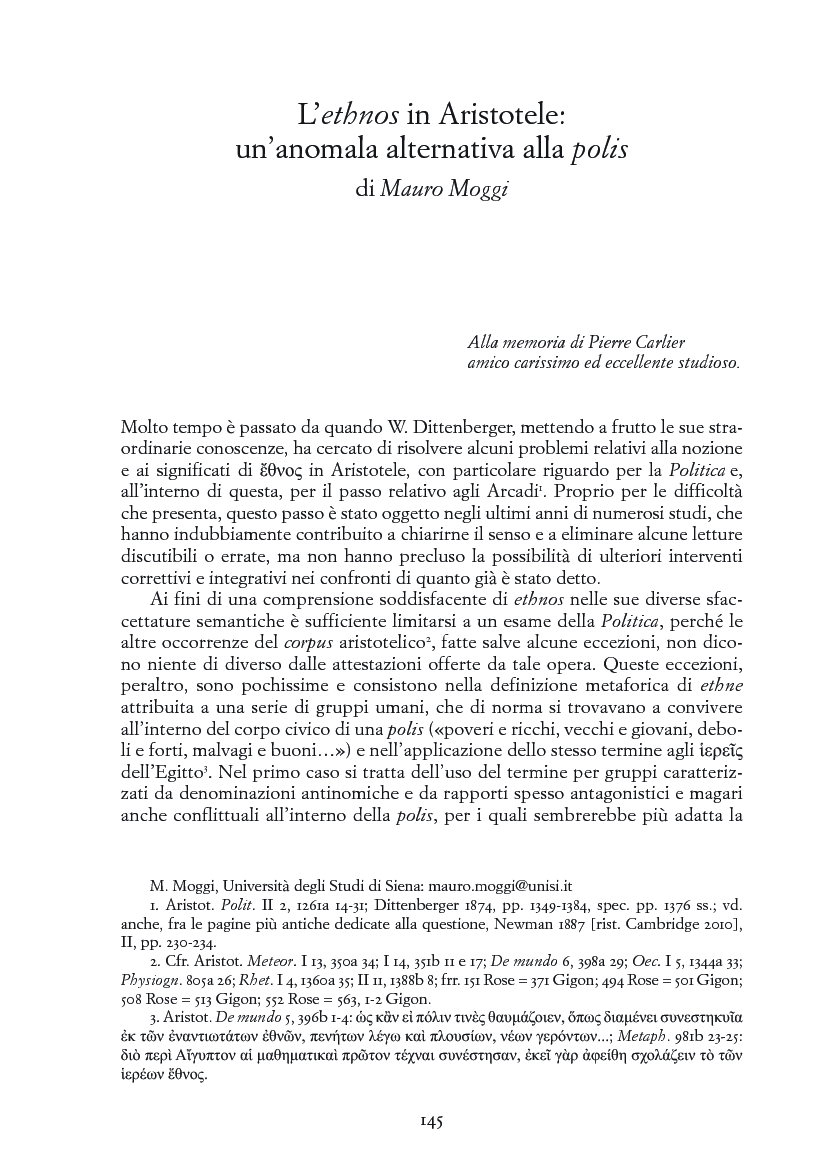